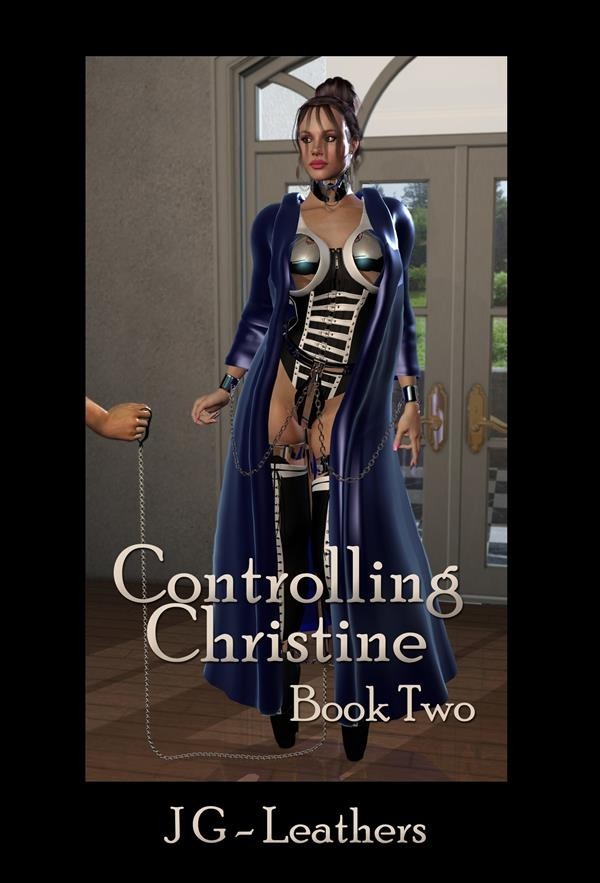 The lovely submissive Christine has become her master's slave, submitting to a chilling array of restraints, which over time become more elaborate and inescapable. As her story continues, each day becomes increasingly distressing, as the Control Uniform she's forced to wear exerts its influence. Being almost constantly gagged, her pleas for release from her travail go unheard. She works hard at her incredible schooling, encouraged by an electronic Schoolmarm that is hooked to her body restraints with a series of wires and hoses. To her further horror, she's turned into a human cow, that must be regularly milked, even while she's being sexually disciplined by the Control Uniform! Despite Christine's aversion to much of the stringent discipline forced upon her, she remains deeply in love with her master, and is elated when she learns that they'll be married. She knows, however, that marriage will mean more incredible additions to her restraint ensemble, and there will be no chance or option for escape. Later in this chilling chronicle of Christine's life, she is taken out for occasional public forays, then, much to her terror she's turned into a nun, compelled to endure and obey involuntary vows of Chastity, Poverty and Obedience in a most terrorizing manner. She's even made to do penance for her supposed sins. She must suffer incredible punishments in enforced silence and mindboggling bondage; she no longer has any choice. Although her life appears to be fullycharted as a disciplined slave of her husband, there are yet more surprises in store from Sheik Al Marish, who is interested in Christine for himself. When she's shipped to the Middle Eastern potentate's home in a sarcophagus, she's left to wonder what will come of her. Once again, the masterful JGLeathers takes the bondage fantasy to the extreme, giving readers a provocative and unforgettable experience of domination and sexual surrender.