Slaves of the Circle T 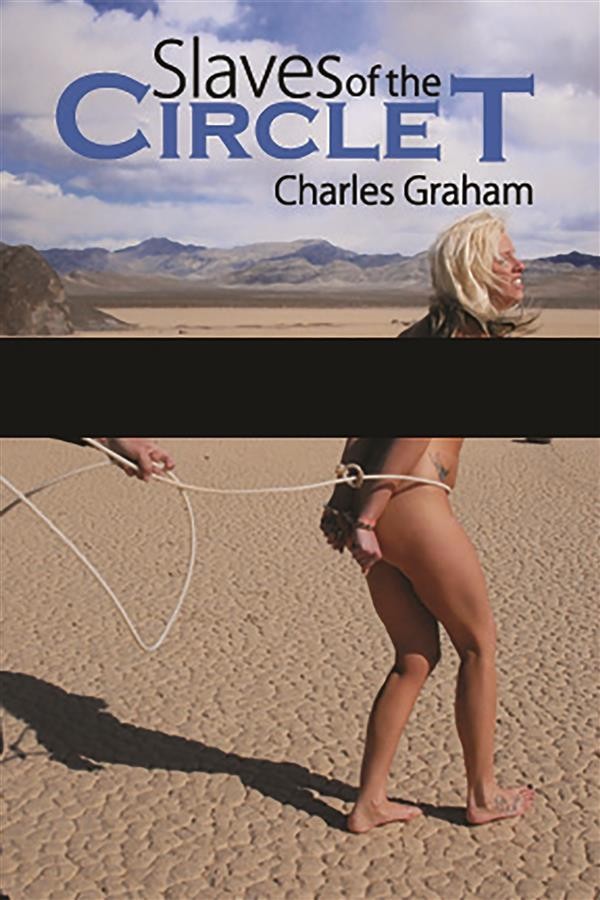 Slaves of the Circle T

When Cassie Martin finds her lover in bed with her best friend, she sails off alone in her small yacht in an effort to ease the pain. Weeks later, while bathing naked on a remote beach, she?s surprised by two men on horseback, Tom and Earl, who inform her that she?s trespassing on private land. Within in minutes of foolishly admitting that she is on her own, she?s ridden down, captured and expertly hogtied. She tries offering her body in exchange for her freedom. However, the two men already have plans for Cassie. She?s soon whipped, gagged and sexually used. But despite this horrifying treatment, Cassie is appalled to discover that she cannot control or hide the sexual heat and passion that their ruthless violation sends raging through her body. Later, the two men head out on horseback, a bound and naked Cassie with them. Arriving at the Circle T Ranch, she is handed off to the owner Travis and his son, Rod. Cassie is not the first woman that Travis has enslaved and he quickly recognizes in Cassie the sexual heat of a true slave. Though she may decry this terrible truth, she cannot ignore the devastating ecstasy that fills her body and mind as she is subjugated and used for their pleasure. Quickly fitted in slavechains, Cassie learns that she?ll serve at the Circle T until Travis tires of her, then she?ll be sold to a new master. Life at the Circle T is soon filled with intrigue. With his marriage on the rocks, Rod enjoys venting his anger on the new slave, while his estranged wife Lila furtively instigates a torrid D/s affair with Cassie that leaves both women surprisingly pleasured. However, when Travis and Rod later discover the two in the midst of a heavy scene, a chain reaction of events follows that will change life at the Circle T forever.