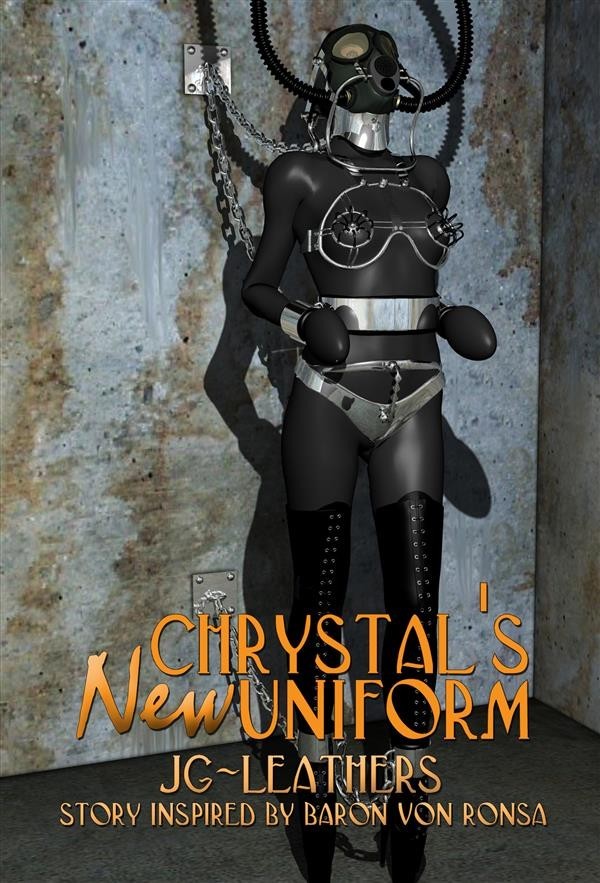 The naive eighteen year old Chrystal has long had a fascination for rubber, a fascination that her stepmother Lady Arlen has heartily encouraged. Under the woman's guidance, Chrystal has already enjoyed the sensuous feel of the rubber garments in her wardrobe. But now there's to be a "new uniform", one especially designed to conform seamlessly to Chrystal's youthful body, based on a series of exacting measurements. With her sexuality beginning to bloom, her fetish for rubber only increases with the prospects of her new attire. However, Lady Arlen's plans for her charge take a number of unanticipated and, indeed, diabolical twists that Chrystal never expected. She's taken to the garment's maker, Mr. Eversham, who will take on the meticulousness task of fitting the uniform to her body: a process that will take several hours. Each new article, from the stringent corset to the face mask to the horrid boots and mittens, give Chrystal cause for alarm. Soon she'll be covered head to toe in her beloved rubber. However, rubber is not the only unusual aspect to her new clothes. With unique electronic features as part of its design, the uniform will not only be capable of giving her intensely erotic stimulation in her crotch and breasts, it will allow for both sensory deprivation and electropunishment beyond her wildest imaginings. Nothing about this is what Chrystal expected. Soon she'll be trapped in a prison of rubber with no escape, her body no longer her own to control, her fate determined by strangers, and her contact with the outside world quickly dwindling away. In this chilling first person account of Chrystal's descent into slavery, the horror of her predicament amplifies with each new step she?s required to take.