Captive of the Midnight Vixens 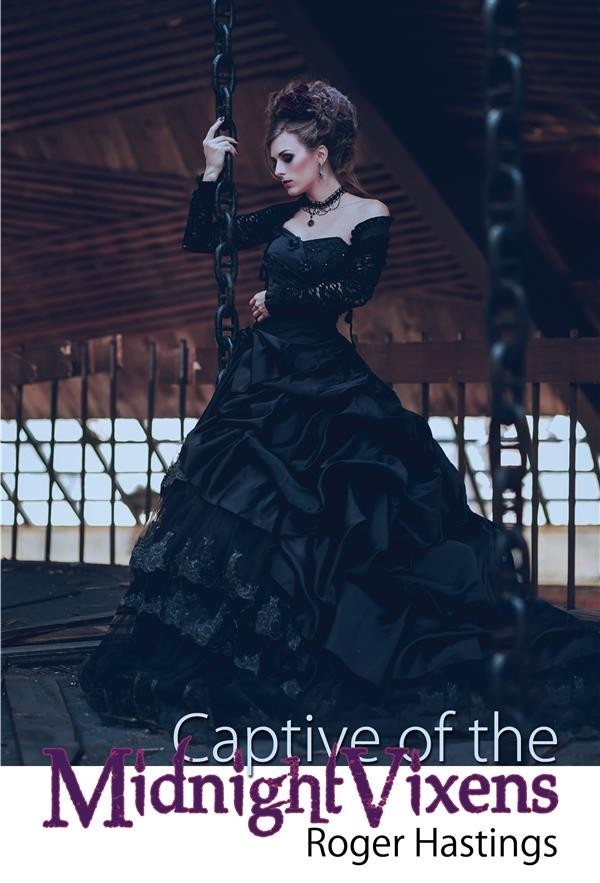 Captive of the Midnight Vixens

Hiking into the mountains of Transylvania, Roy Travis stumbles on Valeska, a young woman suffering a sprained ankle. Helping her back home to a huge, forbidding mansion, he waits for a storm to pass. He dines with Valeska, her twelve very odd sisters, and Karel, the estate manager. Joining Karel for an after dinner drink, he drifts into a drugged sleep and later awakens bound to a bed, being sexually teased by one of the sisters. When he reports the incident, he's told he must be dreaming. But the strange goingson continue. He sees the sweet maid Rozalia abused by Mara, a sadistic housekeeper, then accompanies Karel as he hunts the woods for wolves, using a rifle with silver bullets. Soon afraid for his life, he tries to leave, but is stopped by Karel and Mara, who take him to the basement where he's stripped and locked in a cell. He learns then that Valeska and her sisters keep many men prisoner there, to service them sexually and satisfy their vampire appetites. He, too, will succumb to the will of these beauties at a cruel banquet where the sisters will torture him and drink his blood. As the abuse becomes more cruel, he learns that even Karel is subject to these wicked femmes. Thrown together in their misery, Roy falls in love with the maid Rozalia and they dream of escaping. But is there any hope for these hapless lovers, or the other imprisoned victims of this nightmare?