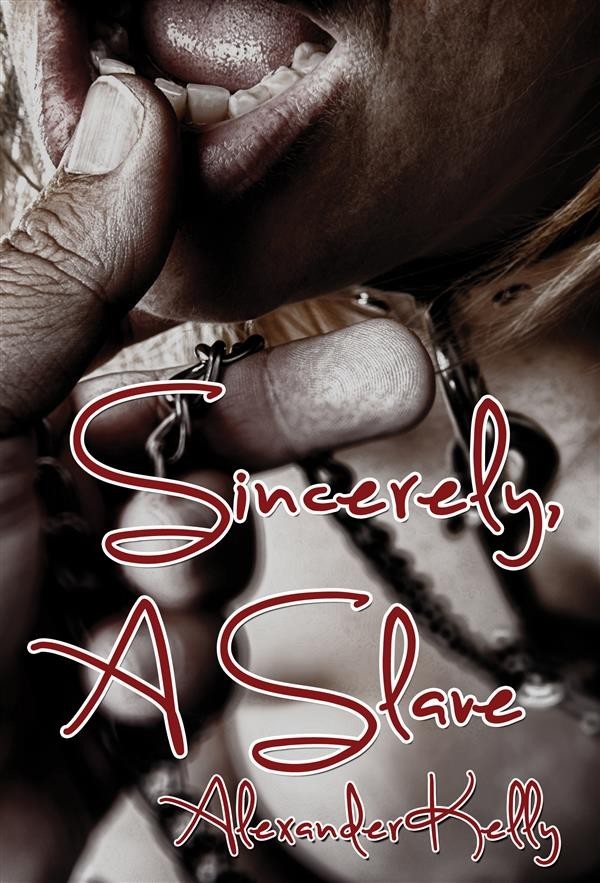 Alexander Kelly, author of Kidnapped: The Taming of the Princess Bitch, Allow Me to Serve and most recently, The Training brings us a hot, new release with Sincerely, A Slave. All Sloane wanted was peace and quiet, a way to forget about her divorce. When her friend Maribeth offered Sloane the job of lone caretaker at her Bed and Breakfast it seemed like a perfect fit. But reservation mix ups do occur and Sloane suddenly finds herself playing host to Ryan, an unexpected visitor. That he was handsome was a plus, but the SM equipment Sloane discovered in his baggage was something she hadn’t counted on. Of course, Sloane had heard about SM, but what she didn’t count on was her growing fascination with leather. And when Ryan finds Sloane trying on wrist cuffs and neck collars he obliges her with the full on SM treatment. At least that’s how everything appears on the surface. Other forces are at work, conspiring for Sloane and Ryan to get together. Also, Sloane and Ryan both harbor secrets that they don’t even admit to themselves, secrets about Sloane’s real reason for her divorce, and Ryan’s near crippling guilt over the death of his slave wife. How can either deal with the other’s secret when they can’t even deal with their own? This story contains bondage, heavy leather scenes, ponygirls, SM ritualization, malefemale, femalefemale action and a massive slave hunt.