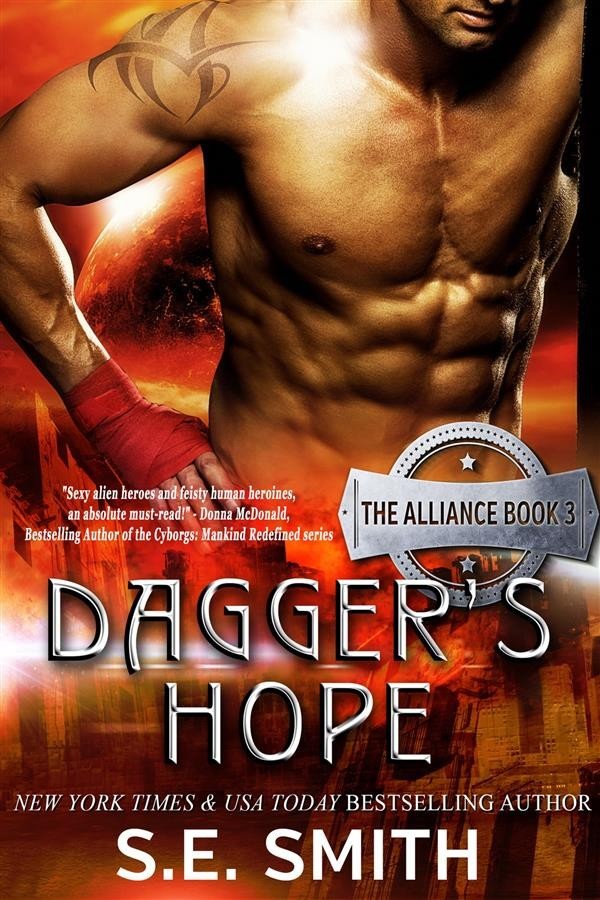 Dagger is a Trivator warrior who feared nothing until he met a young, delicate human female who awakened his heart. Her gentle touch, soft voice, and shy sense of humor touch him in a way he never thought could happen. The thought of anything harming someone so beautiful fills him with terror.

Jordan Sampson is slowly adjusting to her new life on a strange planet far away from war-torn Earth. She was seventeen when she was brought to the Trivator’s home world of Rathon along with her older sister, Jesse, and younger sister, Taylor. It’s been a few years since then, but trying to fit in with an alien society has been…difficult. There is only one hope that keeps her going: Dagger. He stirs something deep inside her and makes her feel whole.

When Dagger is captured during a mission and sold to the illegal Fight Rings, it is only the memory of Jordan that keeps him going. Time blurs as he slowly sinks deeper and deeper into a world of violence and pain until he becomes more animal than Trivator.

Jordan knows Dagger is out there, somewhere, and she cannot stop until she finds him. The fight to save Dagger takes Jordan on a journey that she hopes they both survive. The star system is a dangerous place for a young human female and a damaged Trivator warrior.

Internationally acclaimed S.E. Smith presents a new action-packed story full of adventure and romance. Brimming with her signature humor, vivid landscapes, and beloved characters, this book is sure to be another fan favorite!