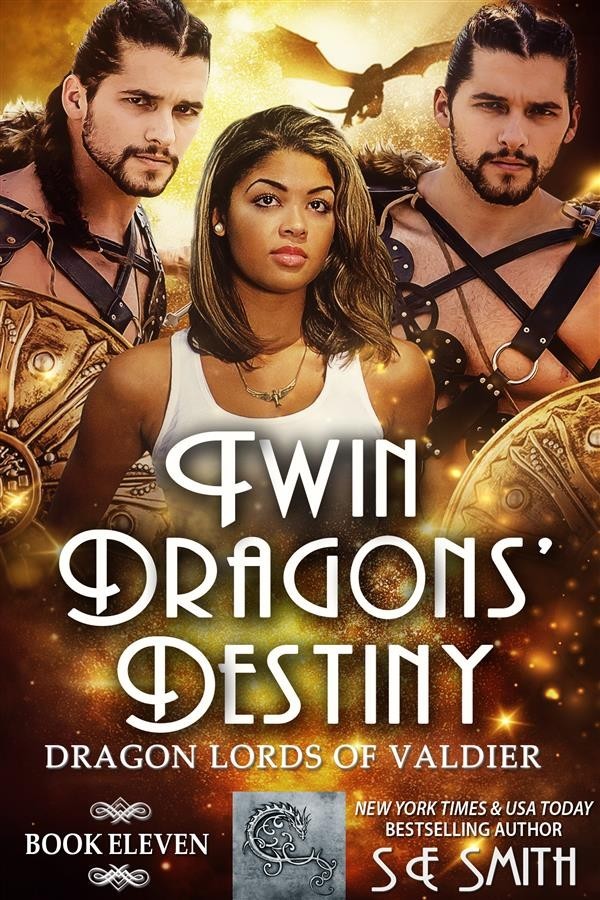 Twin dragons have been feared above all other dragon-shifters because of Barrack and Brogan, the original twin dragons, who became murderously insane. Their new story begins with their death.

Barrack and Brogan remember their death – and it isn't a pleasant one. When the Goddess Aikaterina gives them a second chance at life – and at finding their true mate – they are willing to do whatever it takes to change their destiny. What they didn’t expect is that it would be so difficult! It turns out that their true mate is a human, a species they have limited knowledge about, from a planet that very few have ever visited because humans have not mastered space travel yet. Most humans, including their true mate, are completely unaware of life outside of their own solar system! With time running out, it doesn't take them long to realize that this may be one battle that will take all of their skills to win.

Delilah Rosewater is haunted by dreams of her death. She doesn't understand why the dreams feel so real, or why she knows that time is running out for her. Her frustration strengthens as she searches for the one person she feels could understand her increasing panic - Sara Wilson. She is shocked when instead of finding Sara, she comes face-to-face with two irritating men who claim to be from another world!

Caught in an unexpected snowstorm in the Appalachian Mountains, Delilah doesn't know what to think of the two men and their wild claims of a powerful Goddess, alien worlds, and new destinies….

Internationally acclaimed S.E. Smith presents a new action-packed story to transport readers out of this world! Brimming with her signature humor, vivid landscapes, and beloved characters, this book is sure to be another fan favorite.