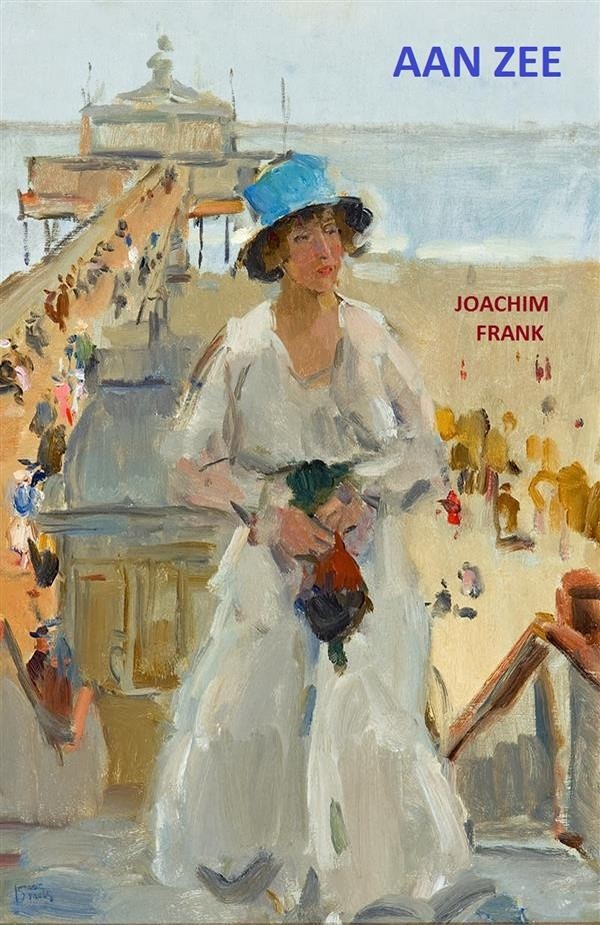 Aan Zee is about the tragic-comic search of a man for his identity between two cultures. It is a modern Bildungsroman, in the sense that the heroe searches for a purpose and is transformed in the process. Hubert Belovski, a German-born scientist now living in the United States of America, is confronted with his past in the shape of a former girlfriend, as he goes to Scheveningen in the Netherlands, following an invitation to speak at a Conference on Fluid Dynamics. Aan is the name of his hotel, which has seen better days. After a brief rekindling of passion, he is left feeling more alone than before. On his way to his aunt in Austria, he is struck by a viral flu that leaves him immobilized and in her care for months, enough time to reflect on his life. He finally recovers and, in Rip van Winkle fashion, returns into a world that has moved on.