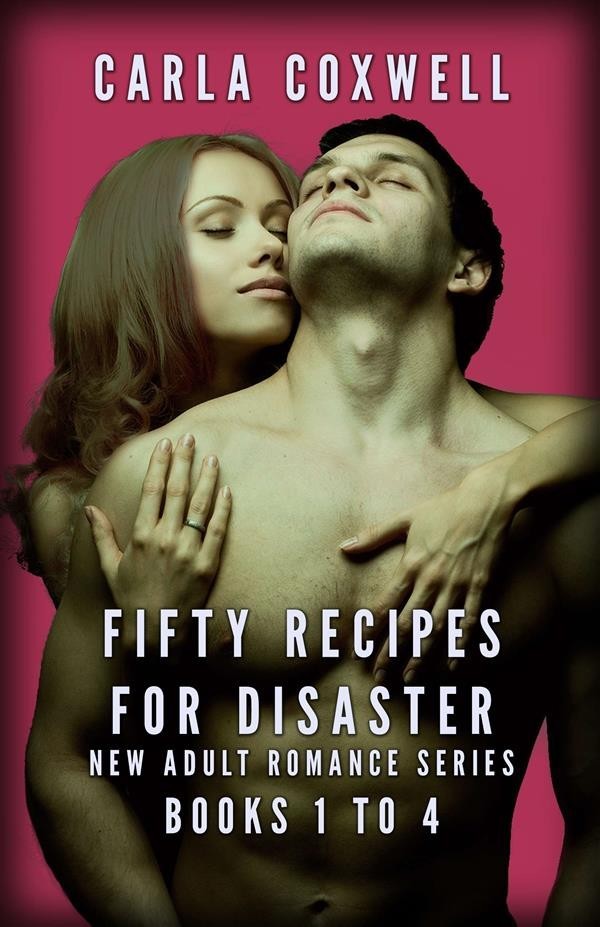 Mixing the highly charged hormones of a young woman with a handsome and sexy master chef is a sure fire recipe for disaster. Will Kiara be able to focus on her work and achieve her dream? Or will the drama unfolding around her turn that dream into a nightmare?

This complete set contains Books 1 to 4

Trying to win a competition for best chef is cut-throat business.

Kiara Sands has just won the opportunity of a lifetime. After working her way through high-school and her first two years at Le Cordon Bleu College of Culinary Arts, she is awarded the chance to compete with two other culinary students for a coveted apprenticeship at one of Austin’s most popular restaurants.

When she arrives at Fission, she is immediately introduced to Jenny Foster and Robbs Martin, her competitors in the cut-throat competition. The only thing Kiara finds more distracting than Robbs’ hateful attitude is the handsome executive chef, Paul.

Life in the Fission kitchen has become difficult for Chef Kiara Sands. While she tries to focus on her work, the rest of the employees pass their time gossiping about her boyfriend, Executive Chef Paul Weston, and the baby he’s expecting with former employee Jenny Foster. But Paul isn’t making things easy. His time is consumed with getting ready for the baby, and he’s pushing most of his workload off on Kiara.

As Kiara and Paul’s relationship is tested, a new threat arrives in the form of celebrity chef James O’Toole. After enjoying a meal at Fission, the charming, world famous chef offers Kiara a job in his classy New York restaurant. As Kiara considers his offer, another temptation arrives. Chase Abbott is a charming Southern football player with dreams of becoming a chef. Kiara feels pulled in three different directions.

Chef Kiara Sands finally feels like she’s getting her life back on track. She’s arrived in New York City to start her dream job as apprentice to celebrity chef James O’Toole. But just as she settles into her new life, her past comes back to haunt her. She starts to feel like someone is watching her, and she has no idea who it could be. Soon, she realizes that the exact people she’d been trying to get away from when she left Austin aren’t going to let her go so easily.

Kiara tries to avoid her past by throwing herself into her new job. She loves being James’s apprentice and, despite knowing better, she begins to fall for her charming celebrity boss. Kiara is convinced that her life will be perfect if Paul, Robbs, and Jenny would just leave her alone. What she doesn’t realize is that an unknown force is working against her, not to ruin her perfect life, but to end her life completely.

After another near deadly encounter with Robbs Martin, Kiara Sands flees New York City and joins her friend Jenny back in Austin, Texas. But when her plane lands, Kiara has no time to settle back in to her old life. Instead, she learns that her scholarship at Le Cordon Bleu has been revoked and no one will tell her why.

Jenny is still recovering from Robbs’ attack and Kiara is determined to take care of her. The women struggle to put their lives back together and live with the constant fear that Robbs will return. Will the police catch Robbs before he hurts Kiara and Jenny again? Will Kiara finally let down her guard and give in to her feelings for Chase? Or will everything end in disaster?

Download the complete set to read all the stories.