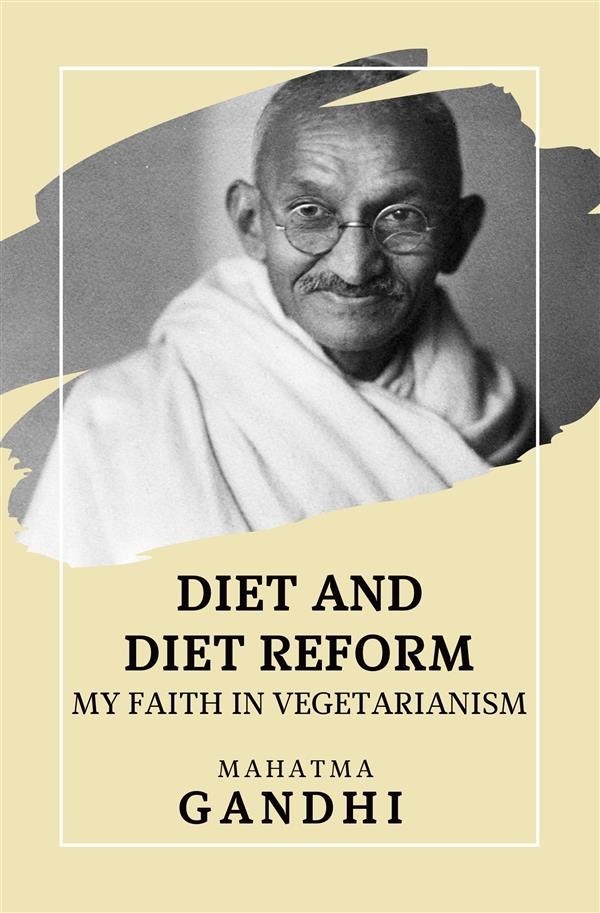 "Man is more than meat. It is the spirit in man for which we are concerned. Therefore vegetarians should have that moral basis - that a man was not born a carnivorous animal, but born to live on the fruits and herbs that the earth grows." _Gandhi

Defining vegetarism as Moral Choice, the book incline us to think upon the reforms in diet. It tells us that what vegetarians should do is not to emphasize the physical consequences of vegetarianism, but to explore the moral consequences.
He was way ahead of his time in his approach to dietetics. Thus, he suggests that an ounce or two of raw salad vegetables is worth eight ounces of cooked vegetables. This applies particularly to their vitamin and mineral values.
He also warns the danger of palm oil, a high saturated fat content.
A Plea for Vegetarianism !

Excerpt: «I blessed the day on which I had taken the vow before my mother. I had all along abstained from meat in the interests of truth and of the vow I had taken, but had wished at the same time that every Indian should be a meat-eater, and had looked forward to being one myself freely and openly some day, and to enlisting others in the cause. The choice was now made in favour of vegetarianism, the spread of which henceforward became my mission.»