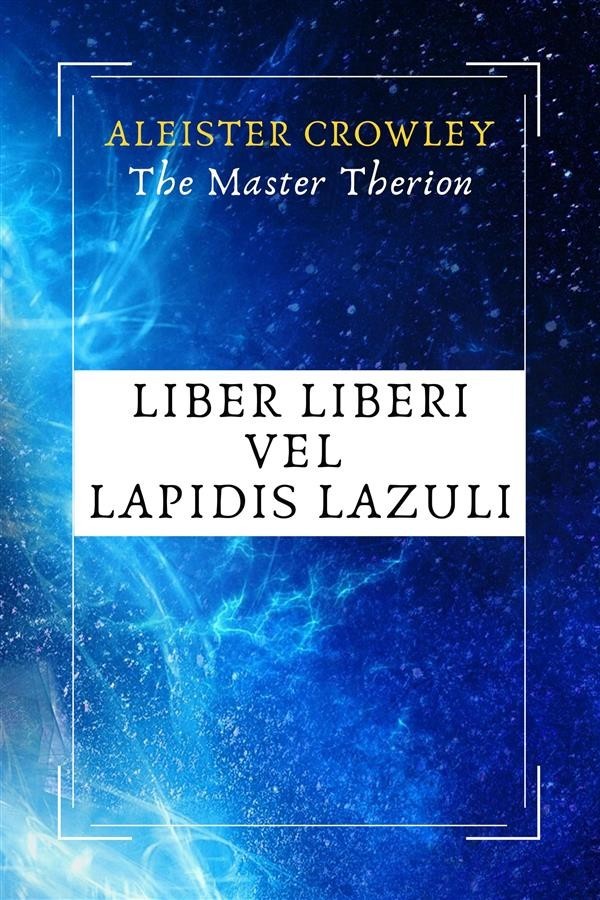 Aleister Crowley was a noted and controversial occultist, ceremonial magician and poet. He has been called "the wickedest man in the world" or "The Great Beast 666 " or "The Master Therion" but he remained a highly influential figure over Western esotericism and the counterculture.
He founded the religion of Thelema, which became adopted by the Ordo Templis Orientis (O.T.O.) as well as the magical order Argenteum Astrum, the Order of the Silver Star. This text is a part of The Book of the Law, the foundational text for Thelema.
"Liber Liberi Vel Lapidis Lazvli, Advmbratio Kabbalae Agyptiorvm Svb Figvra VII, being the Voluntary Emancipation of a certain Exempt Adept from his Adeptship. These are the Birth Words of a Master of the Temple. The nature of this book is sufficiently explained by its title. Its seven chapters are referred to the seven planets in the following order: Mars, Saturn, Jupiter, Sol, Mercury, Luna, Venus."
This book is considered to be the foremost book on ceremonial magic written in the twentieth century and is recommended to initiates. This is a valuable book to anyone interested in occult studies.