The Blue Bird for Children 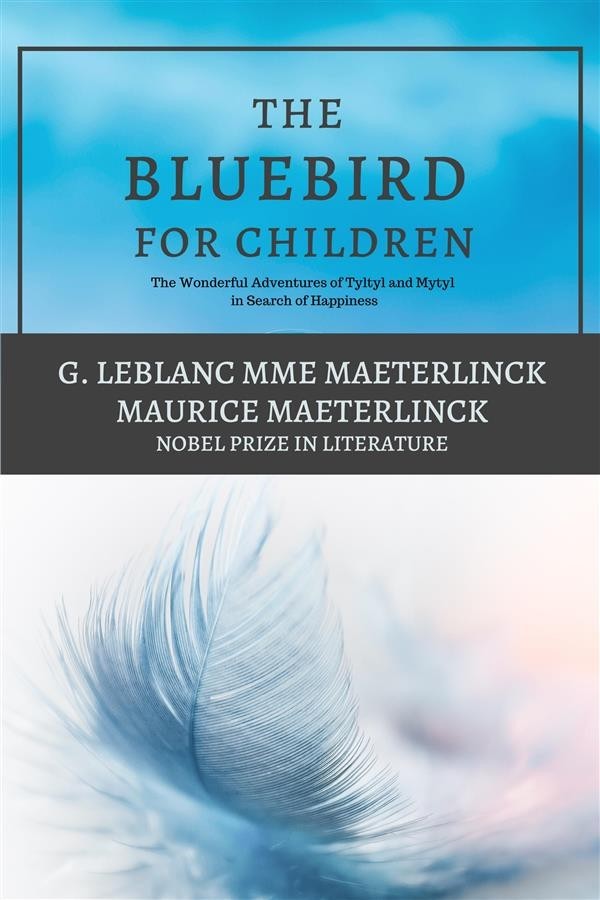 The Blue Bird for Children


Maurice Maeterlinck called "The Belgian Shakespeare," received the 1911 Nobel Prize for Literature. "The Blue Bird" will forever live among Maeterlinck's greatest works and will linger long in the memory of all. His wife Georgette Leblanc has rendered this pieces in story form for children under the title "The Blue Bird for children". This book is about the wonderful adventures of Mytyl and her brother Tyltyl in search of The Blue Bird of Happiness, in which endeavor they are abetted by a good fairy, Bérylune.
This really is a wonderful story! Not just for children, adults will love it, too!

Excerpt : "Once upon a time, a woodcutter and his wife lived in their cottage on the edge of a large and ancient forest. They had two dear little children who met with a most wonderful adventure.
But, before telling you all about it, I must describe the children to you and let you know something of their character; for, if they had not been so sweet and brave and plucky, the curious story which you are about to hear would never have happened at all.
Tyltyl—that was our hero's name—was ten years old; and Mytyl, his little sister, was only six.
Tyltyl was a fine, tall little fellow, stout and well-set-up, with curly black hair which was often in a tangle, for he was fond of a romp. He was a great favorite because of his smiling and good-tempered face and the bright look in his eyes; but, best of all, he had the ways of a bold and fearless little man, which showed the noble qualities of his heart. When, early in the morning, he trotted along the forest-road by the side of his daddy, Tyl the woodcutter, for all his shabby clothes he looked so proud and gallant that every beautiful thing on the earth and in the sky seemed to lie in wait for him to smile upon him as he passed."