The Book of Wisdom or Folly 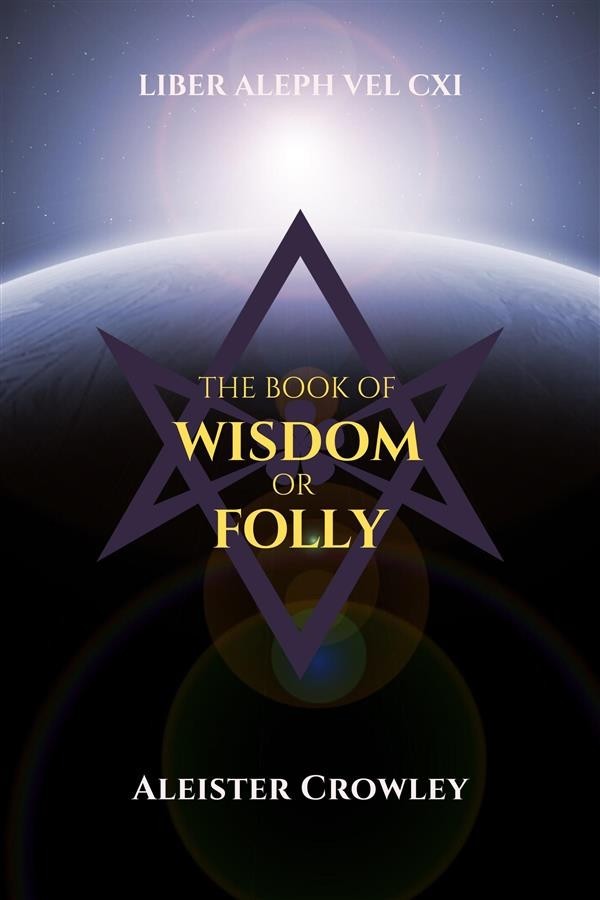 The Book of Wisdom or Folly

Aleister Crowley was a noted and controversial occultist, ceremonial magician and poet. He has been called "the wickedest man in the world" or "The Great Beast 666 " or "The Master Therion" but he remained a highly influential figure over Western esotericism and the counterculture.
He founded the religion of Thelema, which became adopted by the Ordo Templis Orientis (O.T.O.) as well as the magical order Argenteum Astrum, the Order of the Silver Star.
Liber Aleph vel CXI : The Book of Wisdom or Folly consists of 208 short epistles on the philosophy of Thelema. The number CXI: 111 given to the title refers to the numerical value of the Hebrew letter Aleph spelt in full which in Hermetic teachings corresponds to the first Tarot trump The Fool. The 111, added to Crowley's own number 666, produced the number of this magical son, 777. Written in New York City at the end of the First World War, this has been described by Crowley as an extended and elaborate commentary on The Book of the law, in the form of a letter from the Master Therion to his magical son.
This is a valuable book to anyone interested in occult studies.