The Pictorial Key to the Tarot 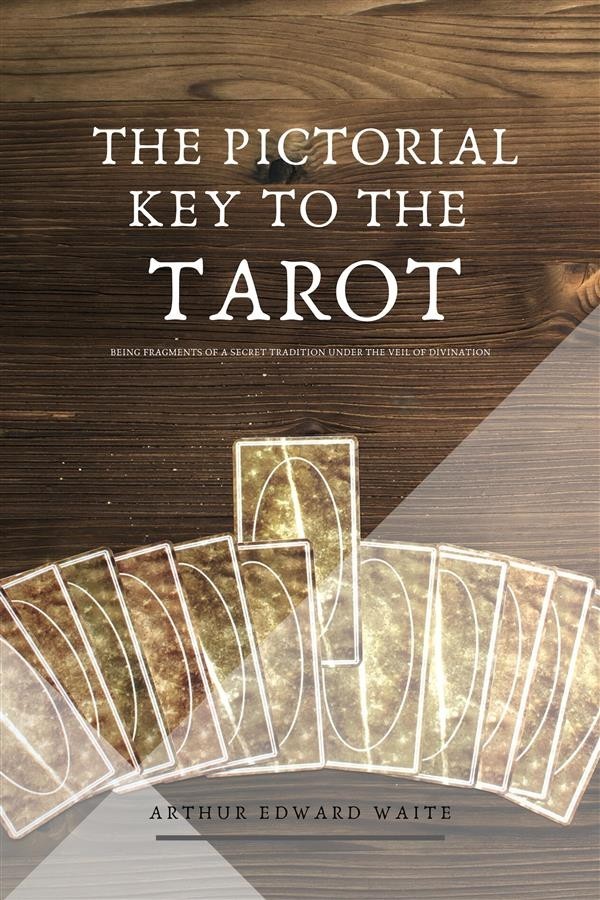 The Pictorial Key to the Tarot

Arthur Edward Waite was a noted and controversial christian mystic and occultist. This book describes how to use the Rider-Waite deck, a divinatory tarot deck. A difference from Marseilles style decks is that Waite use scenes with esoteric meanings on the suit cards. These esoteric, or divinatory meanings were derived in great part from the writings of the Hermetic Order of the Golden Dawn group, of which Waite had been a member. The meanings and many of the illustrations showed the influence of astrology as well as Qabalistic principles. It has been one of the most popular Tarots for many years.
Excerpt: “The Tarot embodies symbolical presentations of universal ideas, behind which lie all the implicits of the human mind, and it is in this sense that they contain secret doctrine, which is the realisation by the few of truths imbedded in the consciousness of all, though they have not passed into express recognition by ordinary men. The theory is that this doctrine has always existed—that is to say, has been excogitated in the consciousness of an elect minority; that it has been perpetuated in secrecy from one to another and has been recorded in secret literatures, like those of Alchemy and Kabalism; that it is contained also in those Instituted Mysteries of which Rosicrucianism offers an example near to our hand in the past, and Craft Masonry a living summary, or general memorial, for those who can interpret its real meaning.”