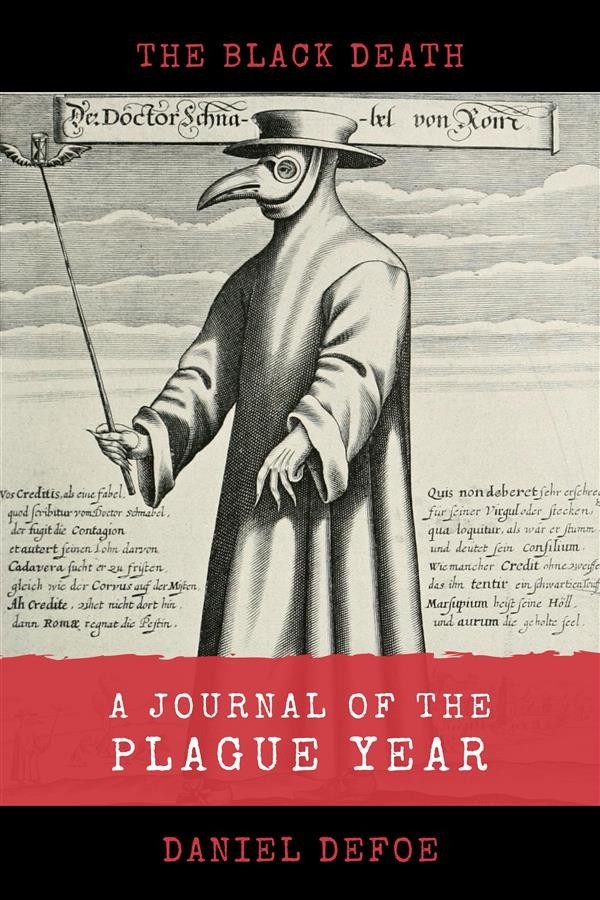 A Journal of the plague is an extraordinary historical account of the devastation and human suffering inflicted on the City of London by the Great Plague of 1665. Defoe’s fictional narrator see and describes a city totally transformed (the streets and alleyways deserted, the daily life of a city under siege, the mass panics of a frightened citizenry, the ghastly disease…). The Defoe's description of plague-racked London makes this one of the most convincing accounts of the Great Plague ever written. The Black Death continues to exert an intense fascination on historians, political scientists, journalists, and the general public.
Daniel Defoe is most famous for his novel Robinson Crusoe, which is second only to the Bible in its number of translations.
Excerpt: “It was about the beginning of September, 1664, that I, among the rest of my neighbours, heard in ordinary discourse that the plague was returned again in Holland; for it had been very violent there, and particularly at Amsterdam and Rotterdam, in the year 1663, whither, they say, it was brought, some said from Italy, others from the Levant, among some goods which were brought home by their Turkey fleet; others said it was brought from Candia; others from Cyprus. It mattered not from whence it came; but all agreed it was come into Holland again.
We had no such thing as printed newspapers in those days to spread rumours and reports of things, and to improve them by the invention of men, as I have lived to see practised since. But such things as these were gathered from the letters of merchants and others who corresponded abroad, and from them was handed about by word of mouth only; so that things did not spread instantly over the whole nation, as they do now. But it seems that the Government had a true account of it, and several councils were held about ways to prevent its coming over; but all was kept very private. Hence it was that this rumour died off again, and people began to forget it as a thing we were very little concerned in, and that we hoped was not true; till the latter end of November or the beginning of December 1664 when two men, said to be Frenchmen, died of the plague in Long Acre, or rather at the upper end of Drury Lane.”