The Key to THEOSOPHY 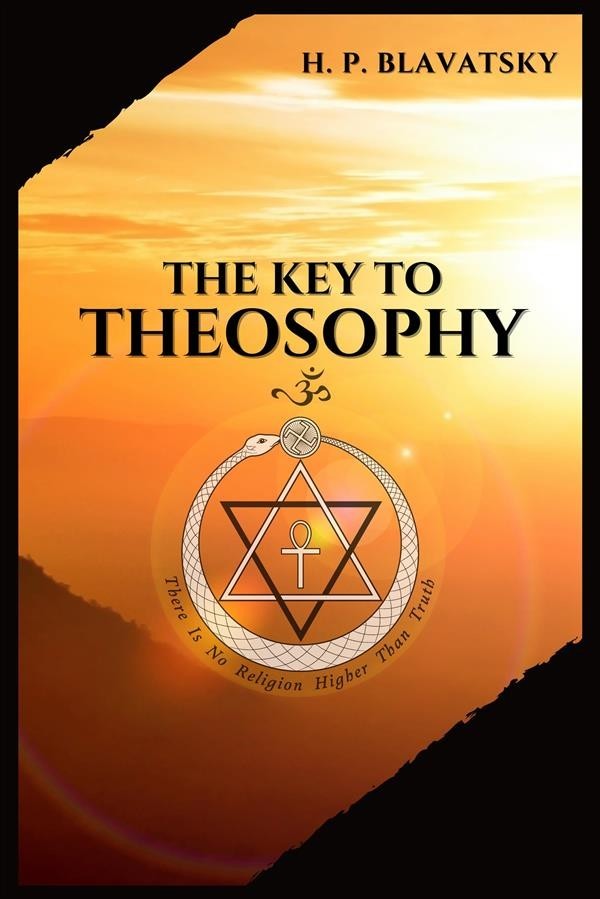 The Key to THEOSOPHY

A Timeless Classic of Theosophical literature.
Helena Petrovna Blavatsky (1831-1891), Russian-born Occultist, was co-founder of The Theosophical Society in 1875 and without doubt, the most dynamic woman and the most baffling character of the Nineteenth Century. With clear logic and entertaining dialogues, she explains what Theosophy is, and (a scarcely less essential point) what theosophy is not. This book throws light on the development of the thoughts of this remarkable individual and reveals Blavatsky’s engagement throughout his life with the world of THEOSOPHY. The author's experience with the wisdom religion comes through in a clear and authoritative manner. It leaves the reader asking for more on the subject while at the same time the content of this book requires a few rereading to fully appreciate it…
This book is plenty of very profound thought, and you will not leave this fantastic work without spiritual growth. In summation, this unusual book is a must-read classic for all students of enlightenment—both novices and seasoned scholars alike.

TITLE: The Key to THEOSOPHY—Being a clear exposition, in the form of question and answer, of the ethics, Science, and Philosophy, for the study of which the Theosophical Society has been founded with a copious glossary of general theosophical terms.


EXCERPT: The purpose of this book is exactly expressed in its title, "THE KEY TO THEOSOPHY," and needs but few words of explanation. It is not a complete or exhaustive text-book of Theosophy, but only a key to unlock the door that leads to the deeper study. It traces the broad outlines of the Wisdom Religion, and explains its fundamental principles; meeting, at the same time, the various objections raised by the average Western enquirer, and endeavouring to present unfamiliar concepts in a form as simple and in language as clear as possible. That it should succeed in making Theosophy intelligible without mental effort on the part of the reader, would be too much to expect; but it is hoped that the obscurity still left is of the thought not of the language, is due to depth not to confusion. To the mentally lazy or obtuse, Theosophy must remain a riddle; for in the world mental as in the world spiritual each man must progress by his own efforts. The writer cannot do the reader's thinking for him, nor would the latter be any the better off if such vicarious thought were possible. The need for such an exposition as the present has long been felt among those interested in the Theosophical Society and its work, and it is hoped that it will supply information, as free as possible from technicalities, to many whose attention has been awakened, but who, as yet, are merely puzzled and not convinced.