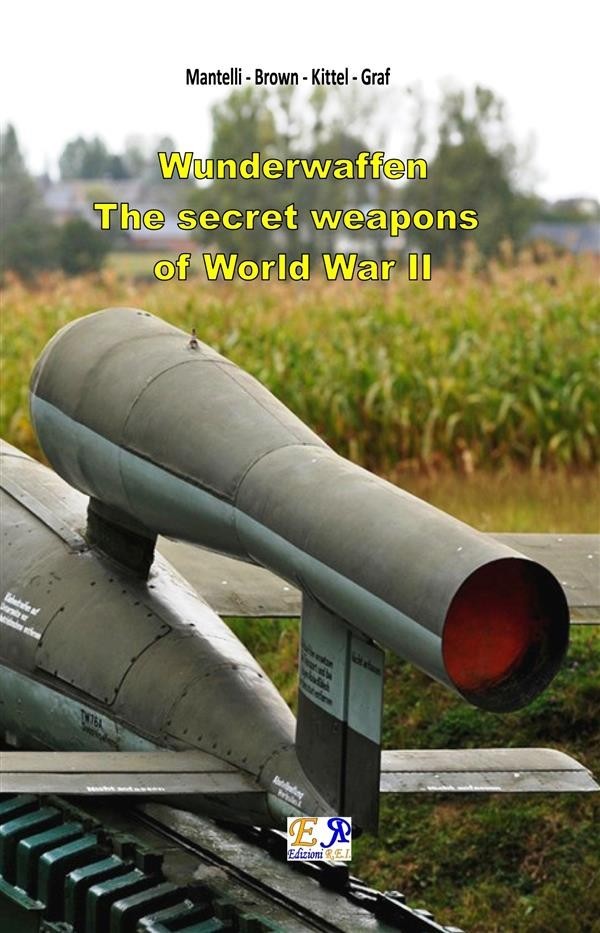 Vergeltungswaffen, retaliatory weapon, was a term coined during the Second World War to represent some Wunderwaffe, miraculous weapons, that Germany was developing. The "miracle" weapons, according to the propaganda, would have given a clear technological superiority of the German army and would have radically changed the course of the conflict, which has now clearly turned in favor of the Allies. The most famous Wunderwaffe, as well as some of the few to have been completed and widely used, were the Vergeltungswaffe, "vengeance weapons"; most still Wunderwaffe remained at the project level, as the German military nuclear program, or prototypes, such as the Panzer VIII Maus. Among the most famous are cited: the V1 flying bomb, the fighter interceptor Bachem Ba 349 Natter, the rocket V2, Wasserfall anti-aircraft missile, the V3 cannon and the cannon 21 cm K 12 (E). While the V1 can be considered a first draft of cruise missile, as it was flying on a cruise route to the target before you fall on the objective, the V2 rocket was the first real man-made and used in an armed conflict. Initially these weapons had their own names, but for the purposes of propaganda, Joseph Goebbels coined the name Vergeltungswaffen, "retaliatory weapons", since they were the first to bomb British popular districts of German cities, slaughtering innocent civilians.