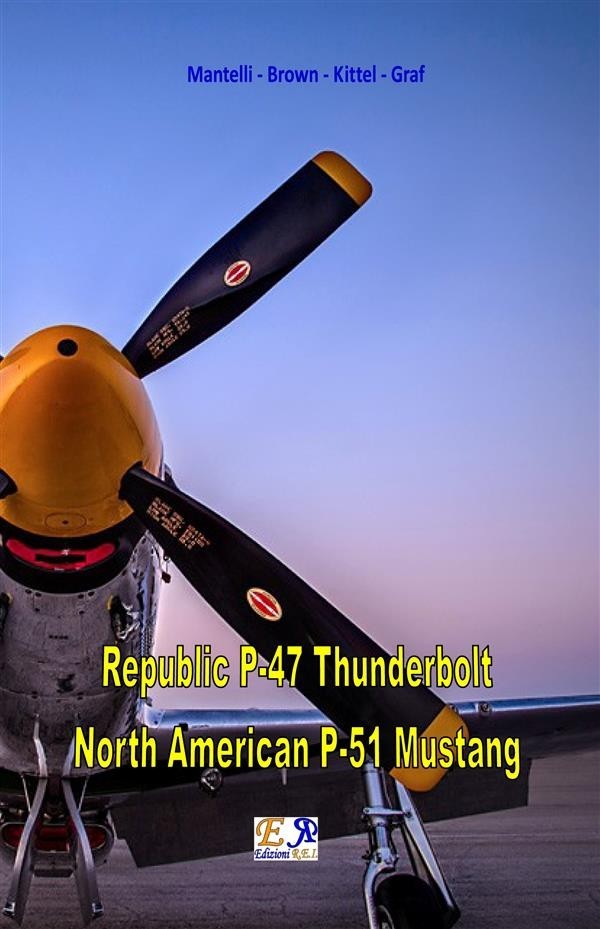 The Republic P-47 Thunderbolt, nicknamed "Jug" was an American fighter comes with an extremely powerful engine, 2,000 hp or more, and it was fast, especially at high altitude. It was also heavily armed with eight 12.7 mm machine guns, and its strength allowed him to return to base even if badly damaged..

The North American P-51 Mustang is considered among the best fighters of World War II. Produced starting from 1941, he was one of the most versatile American fighters of the Second World War; It was deployed both in the Pacific and on that European opposition to the planes of the Luftwaffe. It was mainly used as a fighter escort to the formations of bombers Boeing B-17, but also as a fighter bomber.