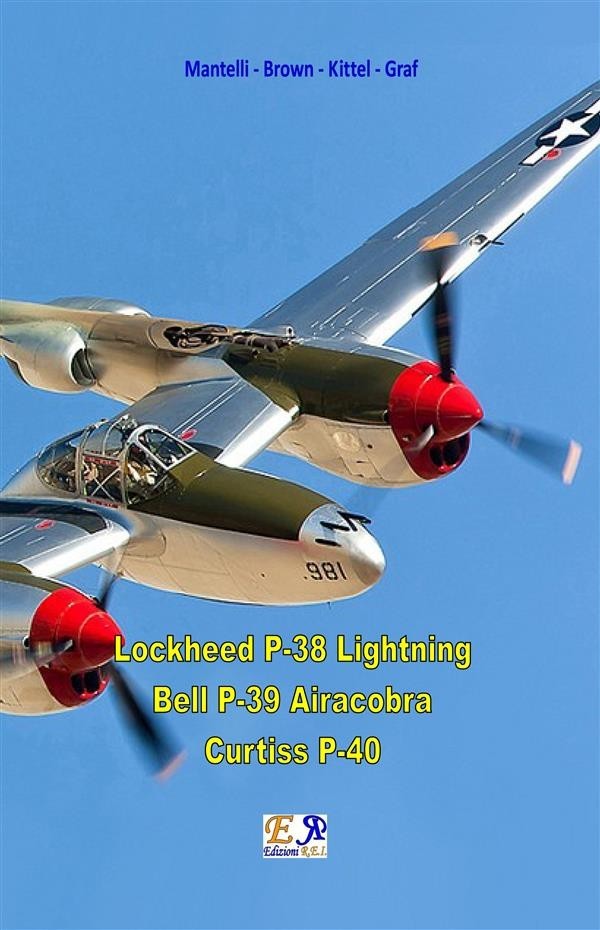 
The Lockheed P-38J Lightning aircraft was revolutionary, extremely innovative, thanks to double-girder fuselage, the two Allison V-engines with turbochargers within the tail beams and landing gear in tricycle.

The Bell P-39 Airacobra was a single-engine fighter produced by the US to low-wing Bell Aircraft Corporation. It was the most controversial fighter aircraft used by the US during World War II. It was the first fighter in the world to have the engine installed in the middle of the fuselage, behind the pilot.

The Bell P-63 Kingcobra was a single-engine low-wing fighter aircraft developed by the US Air Force Bell Aircraft Corporation in the early forties and used during World War II. Evolution of the previous P-39 Airacobra, launched in an attempt to correct the defects of that model, the United States Army Air Forces will never estimated suitable for combat, relegating him to the towing role for targets. As a result, nearly two-thirds of the production was assigned to the Soviet Union and about 300 units to units of Free France.

The Curtiss P-40 was a single-seat single-engine monoplane US manufacturing in the first half of the forties was taken by the Allies as a fighter aircraft or fighter in many of the theaters in which you fought the Second World War. Produced by the Curtiss Aeroplane and Motor Company of Buffalo, New York, never was an aircraft with exceptional characteristics (mainly because of its engine, underpowered at high altitude); However, it was also made of a large number of specimens, and his great strength (coupled with its widespread availability since the early months of the entry into the war) made it one of the most important fighter for American aviation events in the first phase of World war II, between 1941 and the summer of 1943.