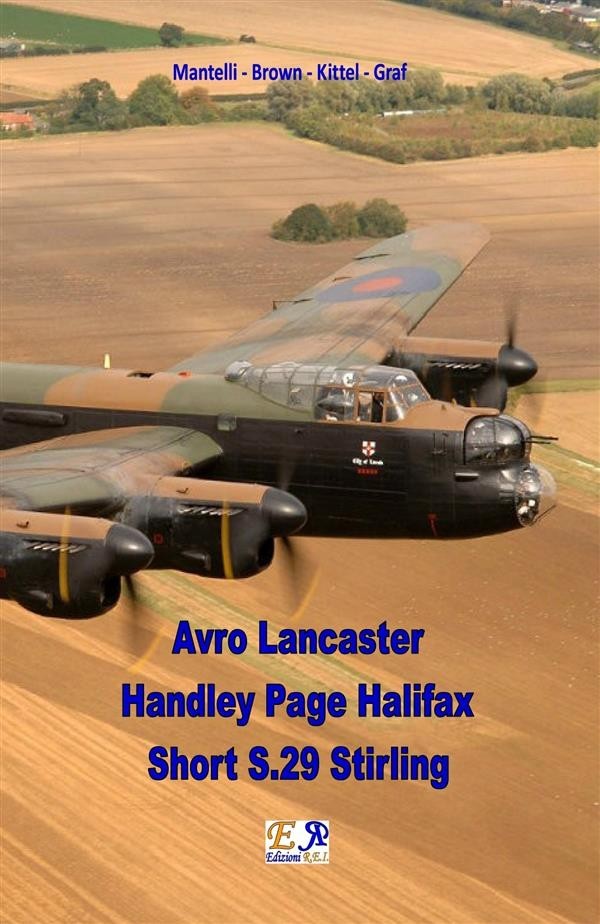 The Avro Lancaster was a four-engine heavy bomber used by the RAF in 1942 and, together with the Handley Page Halifax, was the main strategic bomber of the RAF and other air forces of the Commonwealth countries. It was mainly used as a night bomber. Around 7,378 were realized Lancaster (excluding prototypes), 430 of them in Canada and they were lost in action 3,932.

The Handley Page Halifax was a major British four-engined heavy bombers, remaining in service until the end of the conflict, with numerous tasks in addition to bombing. Halifax's career began in November 1940 and continued until the end of the war. These four engine, however, continued to operate, albeit in minor roles, until 1954-56. In practice, however, the Lancaster showed better performance and as soon as it was available in sufficient numbers, he replaced the Halifax.

The Short S.29 Stirling was a British heavy bomber, the first in its class. Along with Lancaster and the Halifax constitute the three main bombers used by Britain in World War II with capacity of bombs from 6,000 kg to 10,000 kg Bomb Grand Slam, one of the heaviest bombs ever built.