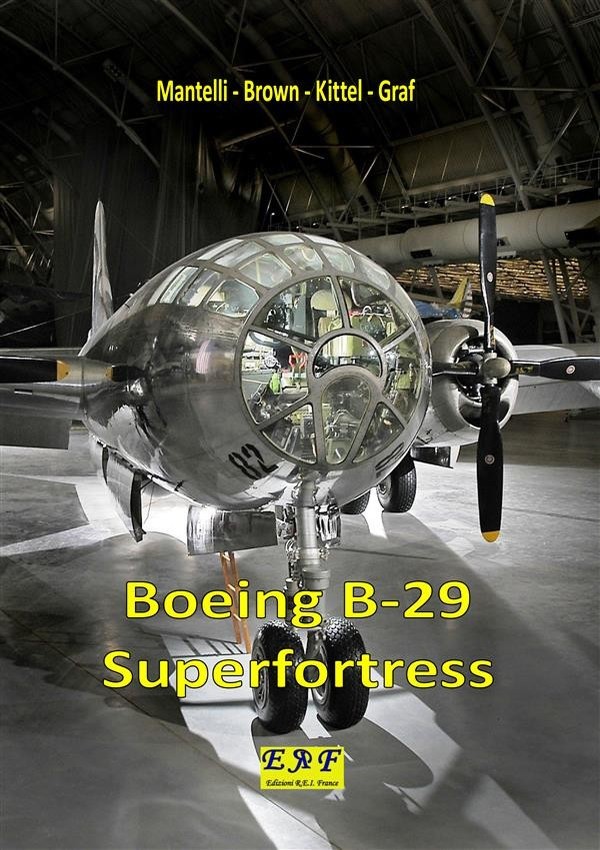 The Boeing B 29 Superfortress will be remembered as the apparatus to have made use of the atomic weapon in war action; in fact, airplanes of this type that dropped the atomic bombs on Hiroshima and Nagasaki to force Japan to surrender in August 1945. Apart from that, however, the Boeing B 29 was an excellent aircraft, with avant-garde features, including turrets with automatically maneuverable weapons at a distance and pressurized compartments for the crew. The American interest in a bomber capable of carrying a considerable offensive load over long distances and at high speeds dates back to the Boeing XB 15 of 1933. Although in the second half of that decade, the interest in such a weapon fades, Boeing continued to elaborate the design of similar projects, culminating in the 341 model, which was believed to be capable of carrying a cargo of 2,240 pounds (just over 1,000 kg) of bombs with a flight range of 7,000 miles (11,265 km) at a speed of over 400 miles/h (644 km/h). However, with the outbreak of World War II in Europe and the possibility of a forthcoming American involvement in it, the US Air Force Corps (USAC) again showed interest in any weapon that would put the United States in the possibility of bombing the enemy even at very great distances. So in February 1940, the request was made of the so-called "Hemisphere Defense Weapon" (weapon for the defense of the hemisphere), namely a bomber capable of transporting 2,000 pounds (907 km) of bombs over a distance of 5,333 miles (8,600 km) at a speed of 400 miles / h (644 km/h). The bomber should have also self-supporting tanks, good armored protection, heavy defensive armament and a chance to transport 16,000 pounds (7,250 kg) of offensive cargo.