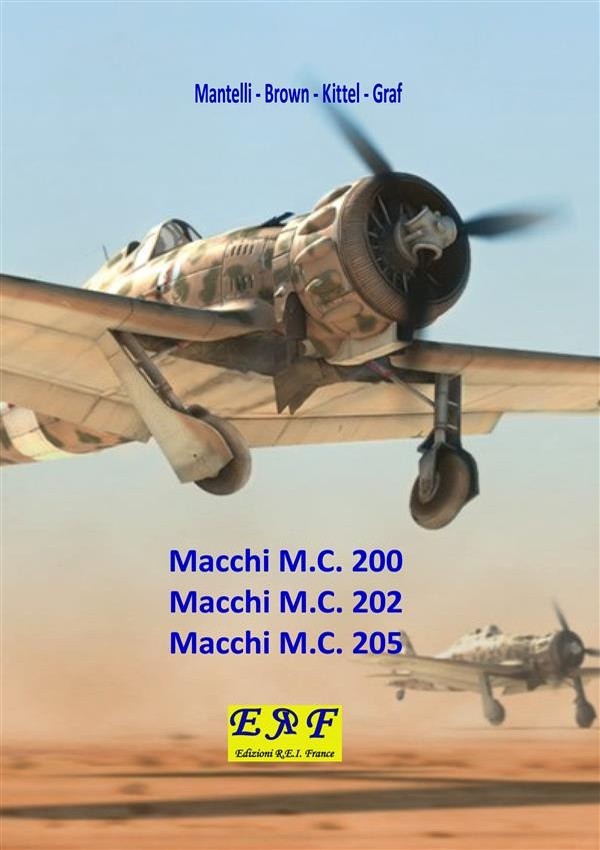 The Macchi M.C.200 "Saetta" was a single-engine low-wing fighter aircraft developed by the Italian aeronautical company Aeronautica Macchi in the 1930s. He made his first flight on December 24, 1937 and entered online in 1939. Although equipped with a low-powered engine and armed with only a pair of 12.7 mm caliber machine guns, the design of the « Saetta » was very valid. He had no particular flaws and was endowed with excellent skills for close combat.

The Macchi M.C.202 « Folgore » was the best Italian fighter plane fielded by the Regia Aeronautica in a significant number of specimens during the Second World War. The plane showed that Italy was certainly able to design and build high-class aircraft. The high performance of which M.C.202 was capable, as well as making it superior as a hunter to the Hawker Hurricane and the Curtiss P-40, made it an excellent interceptor.

The Macchi M.C.205V « Veltro » was a single-engine single-wing plane designed by Mario Castoldi and built by the Air Force Macchi from the second half of the Second World War. Together with the Reggiane Re.2005 and the Fiat G.55, the Macchi MC205 was one of the three Italian "5 series" fighters designed to use the German engine Daimler-Benz DB 605. The "Veltro" was a development of the Macchi MC 202 Folgore and was used by the Regia Aeronautica since February 1943. Able to reach a top speed of 642 km / h, equipped with a pair of 20 mm guns or with two 12.7 mm Breda-SAFAT machine guns, the Macchi MC205 "Veltro" was, according to some, among the best Italian aircraft of the second world war. In combat he proved to be able to compete with enemy aircraft of the time, destroying several enemy bombers and easily coping with fighter planes such as the North American P-51D Mustang.