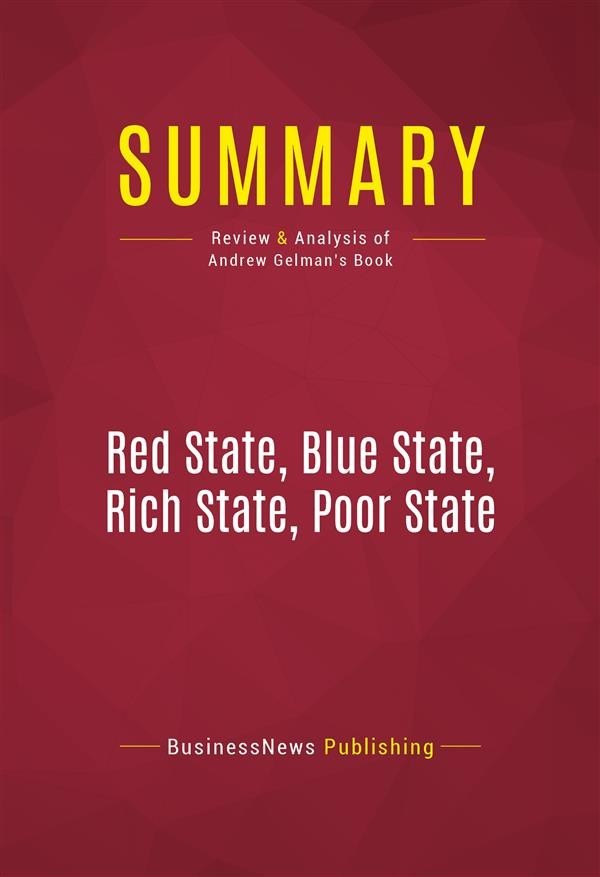 This complete summary of "Red State, Blue State, Rich State, Poor State" by Andrew Gelman, a prominent professor of statistics and political science, shows that in the 2000 and 2004 elections, George W. Bush captured the lower-income states in the South, while the Democrats took the richer states in the Northeast and West Coast. In his book, the author explains how the different parts of the country and the different income-level voters are split in their political voting. This summary examines this paradox and some of its potential variables, as well as explaining what this means for the future of American politics.

Added-value of this summary:
• Save time
• Understand how levels of wealth and education motivate American states to vote how they do
• Expand your knowledge of American politics and democracy

To learn more, read "Red State, Blue State, Rich State, Poor State" and discover more about how American elections are heavily influenced by wealth distribution and levels of education in every state.