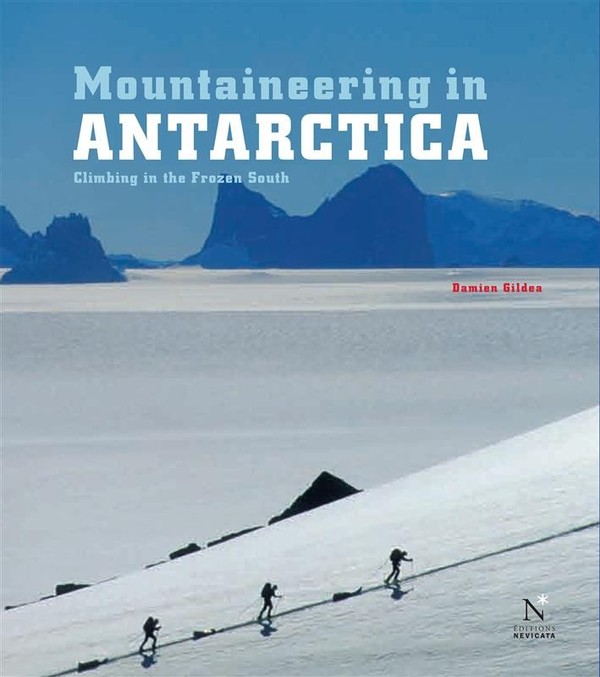 Damien Gildea will let you get be dragged into the rich history of Antarctica mountaineering adventure, from the first explorations in the 19th century until the achievements of today extreme climbers. He will lead you at the very heart of the most impressive and remote mountains of the South Pole…
Discovering the incredible Antarctica Mountains, emerging from the white hugeness, will let more than one reader speechless. It is hard to figure out that we are still on Earth !

In this volume you can find all the information about the Ellsworth Mountains.

The Ellsworth Mountains are comprised of two main ranges: the high Sentinel Range in the north and the lower Heritage Range in the south, with the two separated by the Minnesota Glacier that runs from west to east.

The Sentinels stretch for almost 200 km like a long, jagged spine, with numerous rocky ridge shooting out to the side and sweeping down to the ice, unusually uniform in their appearance and spacing. In between these ridges lie many couloirs and big, mixed faces, some rising over 2000 m above the flat ice stretching out east and west.