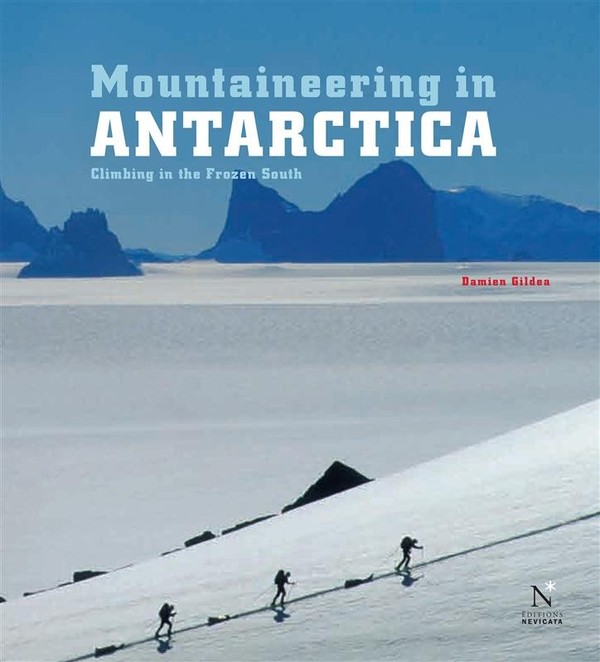 Damien Gildea will let you get be dragged into the rich history of Antarctica mountaineering adventure, from the first explorations in the 19th century until the achievements of today extreme climbers. He will lead you at the very heart of the most impressive and remote mountains of the South Pole…
Discovering the incredible Antarctica Mountains, emerging from the white hugeness, will let more than one reader speechless. It is hard to figure out that we are still on Earth !

In this volume you can find all the information about the Antarctic Peninsula.

This is the most popular and accessible part of Antarctica, and arguably the most beautiful. To many people the Antarctic Peninsula, with its icebergs, penguins, seals, whales, snowy peaks, and glaciers dropping into the sea, is Antarctica. No longer unexplored, the Peninsula now draws tourists and other adventurers due to its great natural beauty, a melding of mountains and sea, of rock and ice, of twilight, colour and warmth, far from the vast monochrome inland.
The early years of exploration in the Peninsula region mainly consisted of commercial trips by sealers and whalers, with geographical discovery a secondary aim. The first party to visit the Antarctic for purely geographical exploration was Adrien de Gerlache’s 1897-99 Belgica expedition. Their ship became trapped in pack ice and they were thus the first people to spend a winter in Antarctica. The expedition not only included a young Roald Amundsen, who would later return south for the Pole and greater glory, but also Frederick Cook who was the ship’s doctor. Cook, part of a long and continuing tradition of dishonest polar adventurers, would gain notoriety for making fraudulent claims to have reached both the North Pole first and to have made the first ascent of Alaska’s Mount McKinley. Cook would also later spend time in a US prison, where Amundsen was a famous visitor.