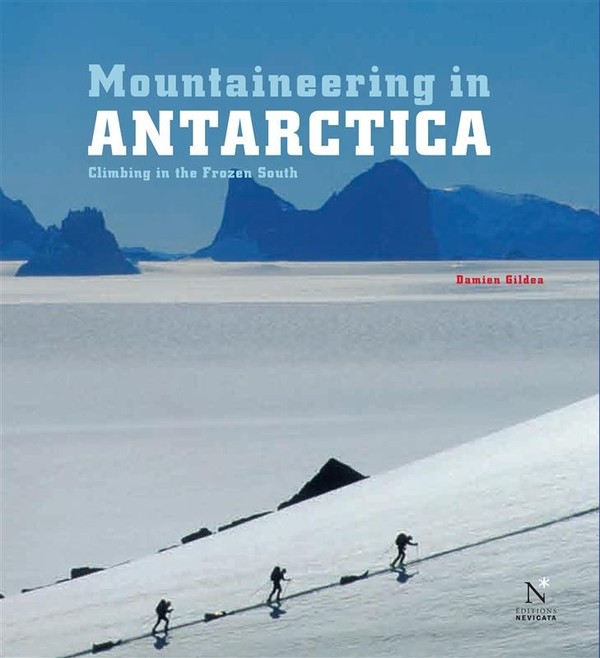 Damien Gildea will let you get be dragged into the rich history of Antarctica mountaineering adventure, from the first explorations in the 19th century until the achievements of today extreme climbers. He will lead you at the very heart of the most impressive and remote mountains of the South Pole…

Discovering the incredible Antarctica Mountains, emerging from the white hugeness, will let more than one reader speechless. It is hard to figure out that we are still on Earth !
In this volume you can find all the information about the Transantarctic Mountains.

The Transantarctic Mountains stretch over 3500 km across the continent and divide it into East and West Antarctica. Consisting of many smaller ranges and mountains, the Transantarctics contain some of Antarctica’s highest mountains and potentially some of its most difficult climbing. Vinson’s stream of Seven Summits climbers provide the financial base for the logistical operation into the Sentinel Range. Without such a desirable commodity, however, the Transantarctics have no such customers and hence no established operation. It can be done, but it costs.
Nonetheless, the Transantarctics are certainly not ‘unexplored’, as government scientists and their support personnel from the New Zealand and US programs based at Ross Island have been working in many locations along the range for decades. A number of these scientific parties have travelled to, and within, the range by helicopter, enabling access to very remote locations and often the helicopters have been used to land high on the mountains themselves. Before the advent of helicopters, teams travelled into the nearby ranges by dogsled. As elsewhere on the continent, such work occasionally involves climbing and a number of peaks in the range have been ascended in the course of surveying, geological studies and other scientific work. In addition, the aircrew working in support of the science programs have reportedly made a number of ascents, but owing to the authorities’ attitude to such activity details of these climbs are scarce.