The Treasure of Terence the Terrible 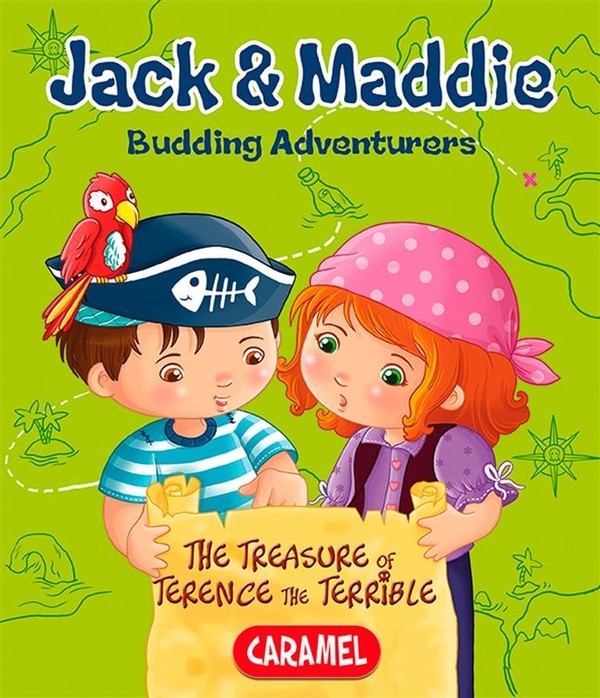 The Treasure of Terence the Terrible

Jack, Maddie and Poko are playing on the beach. Suddenly, they see a bottle among the rocks. Hidden in the bottle is the treasure of the most famous pirate: Terence the Terrible!

The Treasure of Terence The Terrible is a pirate story which is part of the Budding Adventures series. It is a wonderful adventure about friendship and new discoveries.

Featured books:
• The Planet of the Memoks
• A Marmoset in Peril!
• The Mystery Box

Jack, Maddie and Poko the parrot were playing on the beach, when the little pirate spotted a bottle on the horizon.
“Maddie, there is a bottle among the rocks !”
“Rubbish, rubbish !” cried the parrot.
“No, Poko. It’s a bottle ! We must go and fetch it.” Maddie replied.
Poko tried to grab it with his beak, but the bottle was much too heavy. Splash! It fell back into the sea.
Suddenly, Maddie jumped into the water, under the watchful eye of the parrot. Leaving the bottle for another pirate was out of the question!
She swam like a fish and quickly returned to the beach with the precious bottle.