A Marmoset in Peril! 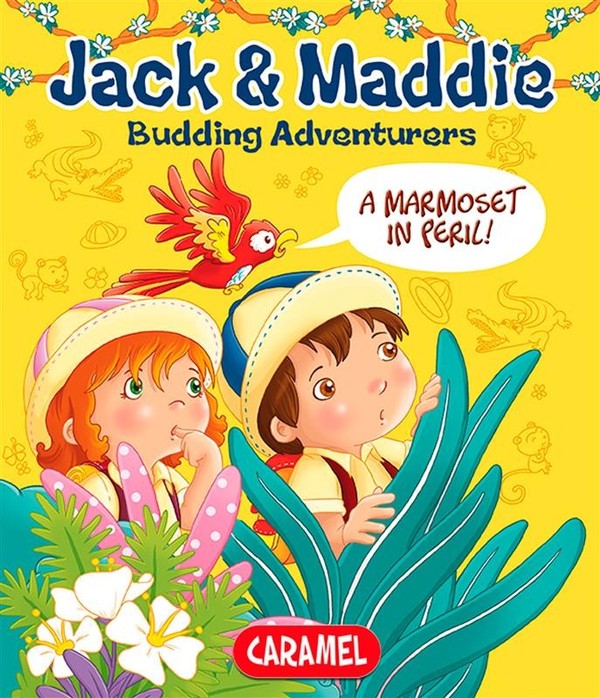 A Marmoset in Peril!

Jack, Maddie and Poko are delighted, they are going to explore the jungle! But while on their way, they encounter a young marmoset in danger. The poor creature is trapped in the middle of the river... Will they manage to save him?

A Marmoset In Peril! is part of the Budding Adventures series. It is a wonderful adventure about friendship and new discoveries .

Featured books:
• The Planet of the Memoks
• The Treasure of Terence the Terrible
• The Mystery Box

Jack, Maddie and Poko are delighted.
They are going on an exploration in the jungle. They are well equipped: rucksacks, flasks of water, a rope and a compass… They have everything they need, so they set off on the adventure!

Poko takes the lead. Jack and Maddie have just set off into the dense jungle, when the parrot returns frantically to his friends.
He squeals very loudly: “Marmoset, marmoset !”

The bird eventually lands on Jack’s shoulder and says: “Marmoset, danger !”
“Do you mean that a marmoset is in danger ?” replies Maddie.
With those words, Poko flies off. The little explorers decide to follow him.