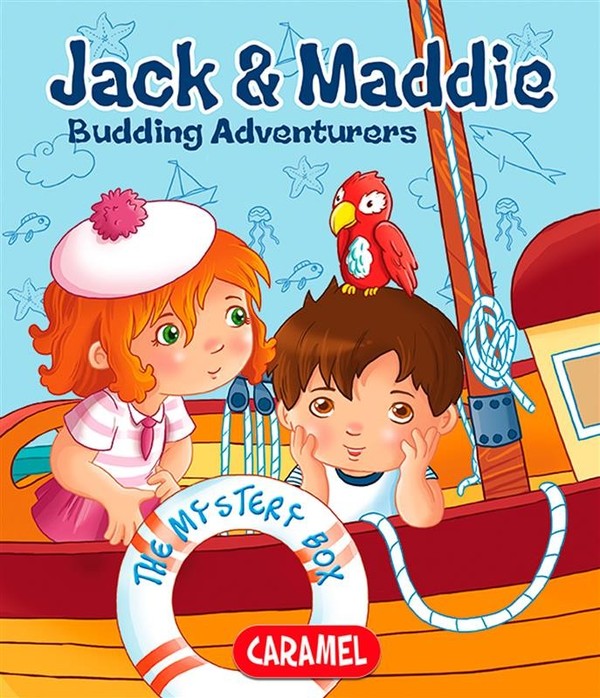 This morning, Jack and Maddie have decided to spend a simple day fishing. They certainly did not expect to find a fabulous treasure hidden in the ocean…

The Mystery Box is part of the Budding Adventures series. It is a wonderful adventure about friendship and new discoveries.

Featured books:
• The Planet of the Memoks
• A Marmoset in Peril!
• The Treasure of Terence the Terrible

This morning, Jack and Maddie have decided to go fishing in the sea. Poko is delighted, he loves fishing with his friends. Before leaving, they prepare a nice picnic, take their fishing rods and raise the anchor. Off into the great wide ocean!

Suddenly, Poko notices something near the boat and warns the little sailors: “Shark! Shark!”
Maddie leans over and bursts out laughing, saying:
“No, Poko, it’s a dolphin!”
“Dolphin! Dolphin!” He repeats at the top of his voice. Jack is reassured: he doesn’t like sharks very much!