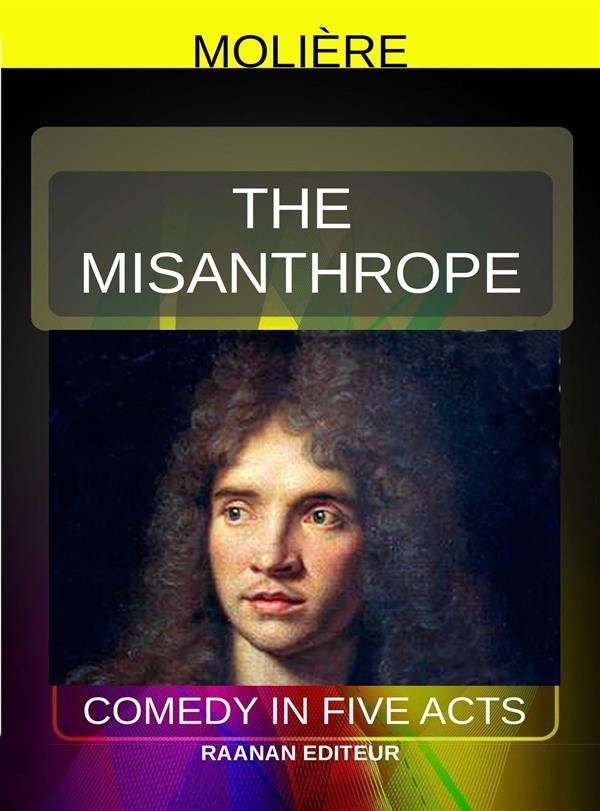 The Misanthrope, or the Cantankerous Lover (French: Le Misanthrope ou l'Atrabilaire amoureux; is a 17th-century comedy of manners in verse written by Molière. It was first performed on 4 June 1666 at the Théâtre du Palais-Royal, Paris by the King's Players.
The play satirizes the hypocrisies of French aristocratic society, but it also engages a more serious tone when pointing out the flaws that all humans possess. The play differs from other farces at the time by employing dynamic characters like Alceste and Célimène as opposed to the traditionally flat characters used by most satirists to criticize problems in society. It also differs from most of Molière's other works by focusing more on character development and nuances than on plot progression. The play, though not a commercial success in its time, survives as Molière's best known work today.
Because both Tartuffe and Don Juan, two of Molière's previous plays, had already been banned by the French government, Molière may have subdued his actual ideas to make his play more socially acceptable. As a result, there is much uncertainty about whether the main character, Alceste, is supposed to be perceived as a hero for his strong standards of honesty or whether he is supposed to be perceived as a fool for having such idealistic and unrealistic views about society. Molière has received much criticism for The Misanthrope.
|Source Wikipédia|