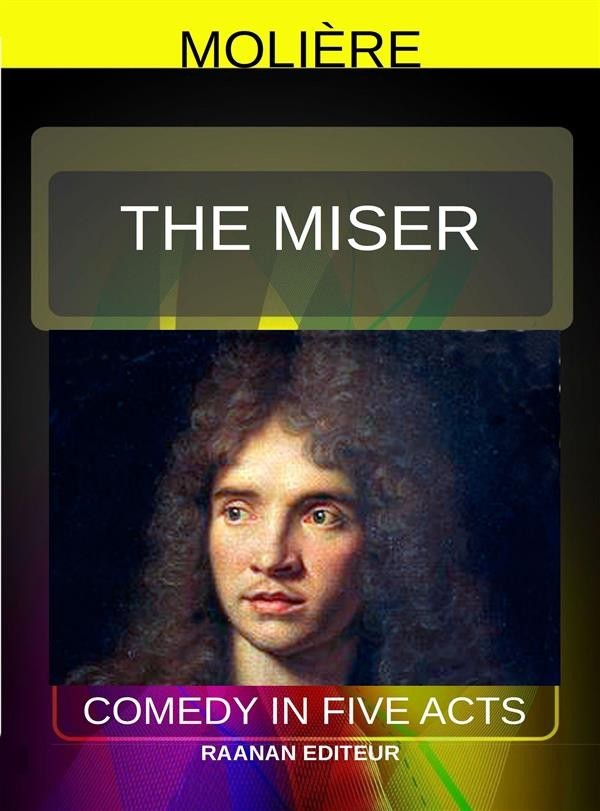 The Miser is a five-act comedy in prose by the French playwright Molière. It was first performed on September 9, 1668, in the theatre of the Palais-Royal in Paris.
The play
| The miser of the title is called Harpagon, a name adapted from the Latin harpago, meaning a hook or grappling iron. He is obsessed with the wealth he has amassed and always ready to save expenses. Now a widower, he has a son, Cléante, and a daughter, Élise. Although he is over sixty, he is attempting to arrange a marriage between himself and an attractive young woman, Mariane. She and Cléante are already devoted to each other, however, and the son attempts to procure a loan to help her and her sick mother, who are impoverished. Élise, Harpagon's daughter, is the beloved of Valère, but her father hopes to marry her to a wealthy man of his choosing, Seigneur Anselme. Meanwhile, Valère has taken a job as steward in Harpagon's household so as to be close to Élise. The complications are only resolved at the end by the rather conventional discovery that some of the principal characters are long lost relatives.
Satire and farce blend in the fast-moving plot, as when the miser's hoard is stolen. Asked by the police magistrate whom he suspects, Harpagon replies, “Everybody! I wish you to take into custody the whole town and suburbs” (5.1) and indicates the theatre audience while doing so. The play also makes fun of certain theatrical conventions, such as the spoken aside addressed to the audience, hitherto ignored by the characters onstage. The characters of L'Avare, however, generally demand to know who exactly is being spoken to]...|
|Source Wikipédia