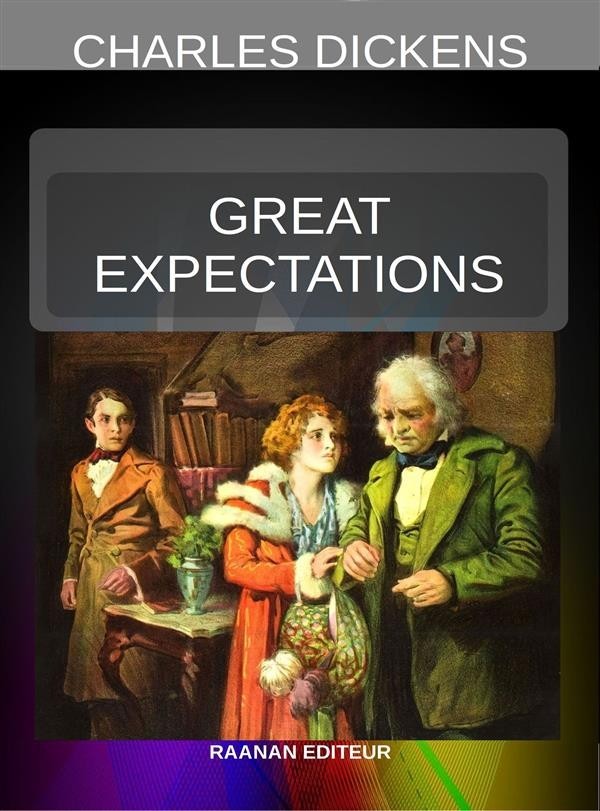 Great Expectations is the thirteenth novel by Charles Dickens and his penultimate completed novel, which depicts the education of an orphan nicknamed Pip (the book is a bildungsroman, a coming-of-age story). It is Dickens's second novel, after David Copperfield, to be fully narrated in the first person. Chapman and Hall published the novel in three volumes.
The novel is set in Kent and London in the early to mid-19th century and contains some of Dickens's most celebrated scenes, starting in a graveyard, where the young Pip is accosted by the escaped convict Abel Magwitch. Great Expectations is full of extreme imagery – poverty, prison ships and chains, and fights to the death – and has a colourful cast of characters who have entered popular culture. These include the eccentric Miss Havisham, the beautiful but cold Estella, and Joe, the unsophisticated and kind blacksmith. Dickens's themes include wealth and poverty, love and rejection, and the eventual triumph of good over evil. Great Expectations, which is popular both with readers and literary critics, has been translated into many languages and adapted numerous times into various media.
|Source Wikipédia|