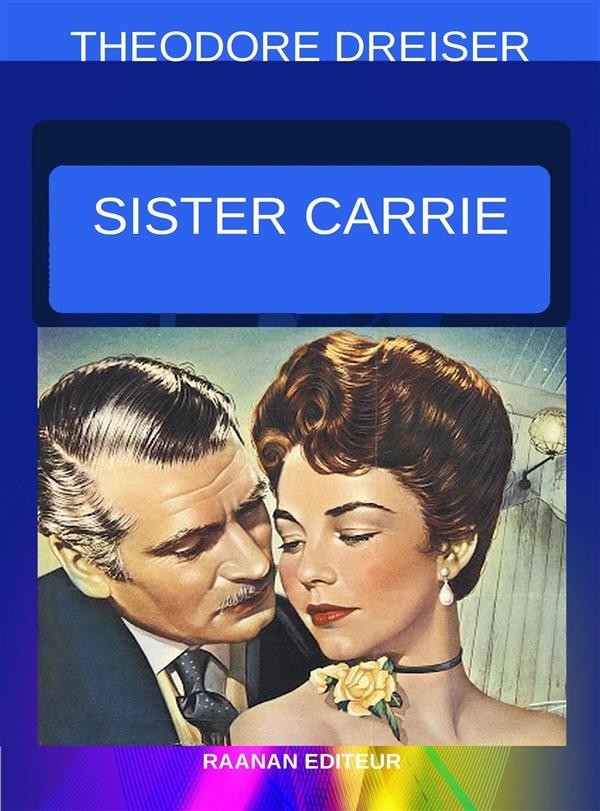 Sister Carrie (1900) is a novel by Theodore Dreiser about a young country girl who moves to the big city where she starts realizing her own American Dream, first as a mistress to men that she perceives as superior, and later becoming a famous actress. It has been called the &quot;greatest of all American urban novels&quot;.<br />Plot summary<br />Late 1889. Dissatisfied with life in her rural Wisconsin home, 18-year-old Caroline &quot;Sister Carrie&quot; Meeber takes the train to Chicago, where her older sister Minnie, and Minnie&#39;s husband, Sven Hanson, have agreed to take her in. On the train, Carrie meets Charles Drouet, a traveling salesman, who is attracted to her because of her simple beauty and unspoiled manner. They exchange contact information, but upon discovering the &quot;steady round of toil&quot; and somber atmosphere at her sister&#39;s flat, she writes to Drouet and discourages him from calling on her there.<br />Carrie soon embarks on a quest for work to pay rent to her sister and her husband...<br />|Wikipedia|