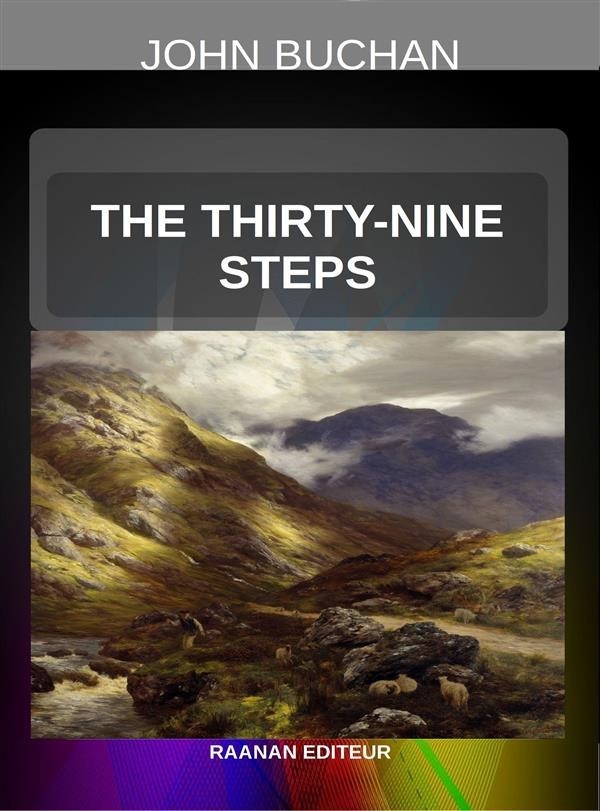 The Thirty-Nine Steps is an adventure novel by the Scottish author John Buchan. It is the first of the five novels featuring Richard Hannay, an all-action hero with a stiff upper lip and a miraculous knack for getting himself out of tricky situations.<br />In May of 1914, war looms in Europe. Richard Hannay returns home to London after living in Rhodesia. One night his neighbour, an American who claims to be in fear for his life, visits Hannay. The man appears to know of an anarchist plot to destabilize Europe, beginning with a plan to assassinate the Greek Premier, Constantine Karolides, during his forthcoming visit to London.<br />Plot summary<br />| The man, named Franklin P. Scudder, is a freelance spy, and reveals that he has faked his own death. Scudder claims to be following a ring of German spies called the Black Stone who are trying to steal British plans for the outbreak of war. Hannay, convinced of his honesty, lets Scudder hide in his flat. Police discover the fake suicide and suspect nothing, but Hannay finds Scudder murdered in his flat a few days later nonetheless. Feeling now part of the plot, Hannay takes up Scudder&#39;s encoded notebook and escapes his apartment...|<br />|Wikipedia|