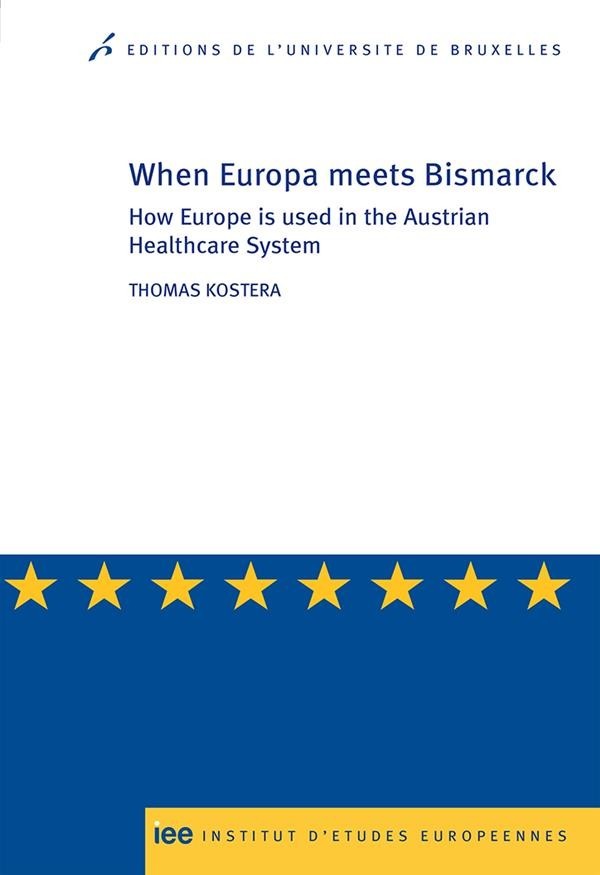 What happens when the European Union sets new rules for the provision of cross-border healthcare services that once were conceived for the population living on the national territory ?

This books presents how new rules on the provision of cross-border healthcare in the European Union have the potential of destabilizing national welfare boundaries.

A book of political science that takes Austria, a prototypical Bismarckian healthcare system, as an example, and aims at answering questions by looking at how actors navigate between national institutional constraints and European opportunities.

More than 30 years ago, the social security systems of OECD states were diagnosed to be in crisis. This crisis heralded in the end of the “Golden Age” of the national welfare state. The European OECD states, which were also part of the European Community, all witnessed rising unemployment in the wake of the oil crises, and as a result of economic openness to world markets and rising competition of labor costs, Keynesian economic policies of deficit spending became unavailable as an option to revive the economy. Not only did external processes of globalization demand adaptations of the welfare states, but also internal factors such as the rising age of populations and the change of family patterns questioned whether European welfare states were still capable of delivering for national populations, and how classical branches of the welfare state such as unemployment insurance, pension systems and healthcare systems should be adapted to meet these new challenges (Esping-Andersen, 1996). Along with this crisis diagnosis of the welfare state in general, healthcare systems have become the center of governments’ attention since the 1980s, as spending on health policies has increased while the number people contributing to the social security schemes has decreased due to rising unemployment and slow economic growth. Insofar, healthcare mirrors the challenges that welfare states face in general.