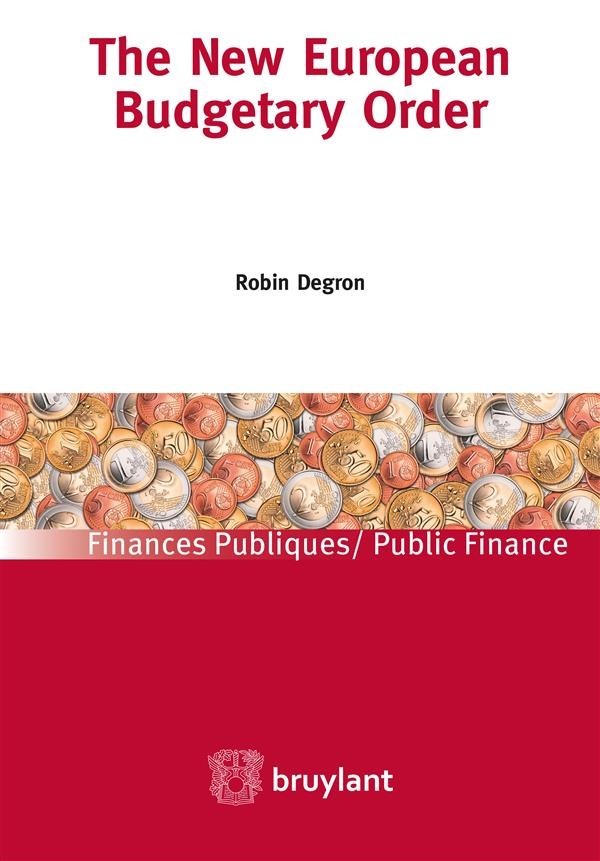 The Sovereign debt crisis pushed the EU to take a new step to the common financial rules. After some years of ‘soft budgetary carefreeness’, the European Budgetary Treaty boosted the movement of budgetary convergence in the EU. The ‘Six Pack’ and the ‘Two Pack’ consolidated the effectiveness of a new European budgetary order founded by the Maastricht Treaty and the Stability and Growth Pact. Even if mechanisms adopted by the Member States are formally different in law, conditions of European budgetary orthodoxy have been definitively hardened. This new rigor has a great impact on all the public administrations, as defined by the European Accounts System and Eurostat. The EU is a key-player of the budgetary game. This great power makes the EU accountable to the general economic situation within Europe and amongst all Member States. Budgetary regulation must be conciliated with preservation of some investment means to develop potential growth on the continent. ‘Giant in law’, the EU has to be responsible from an economic point of view.

The problem is that, from a budgetary standpoint, the EU remains a ‘dwarf’. The European general budget is about 1% of the EU gross national income. The budgetary power of the EU is less than one twentieth of the USA federal financial power. Balance between ‘budgetary dwarf ’ and ‘giant in law’ is characteristic of ‘adolescence’ of the EU finances. Natural consequence of this situation, the EU capacities for redistributing and stabilization are still relatively limited. To overtake this powerlessness, the EU has used no budgetary tools by appealing to the European Investment Bank and the European Investment Fund. However, the ability of the EU to support public investment is not sufficient today to promote an authentic economic relaunching policy and to support the global competition, especially with the USA and China. With a ‘powerful brake’ and a ‘poor accelerator’, the risk is the European public investments continue to stand by. This is the investment paradox of the European budgetary order.

Will the next negotiation on the multiyear financial framework post 2020 be able to change the point ? It is not sure, especially in the Brexit context. Negotiating an European financial agenda is always long and difficult. But, the exit of the United Kingdom could makes the game more disputed than ever. A thing is clear : beyond the technical and financial sizes of the new roadmap proposals established by the Commission, the democratic control of the European Parliament is still limited. The EU budgetary framework and timetable are too inert, not enough reactive, far from European citizens actually. In the historical moments we live, it is certainly a strategic mistake to not involve much more citizens and their representatives in the crucial negotiation on the long-term finances of the EU. This is the technocratic risk of the new European budgetary order.