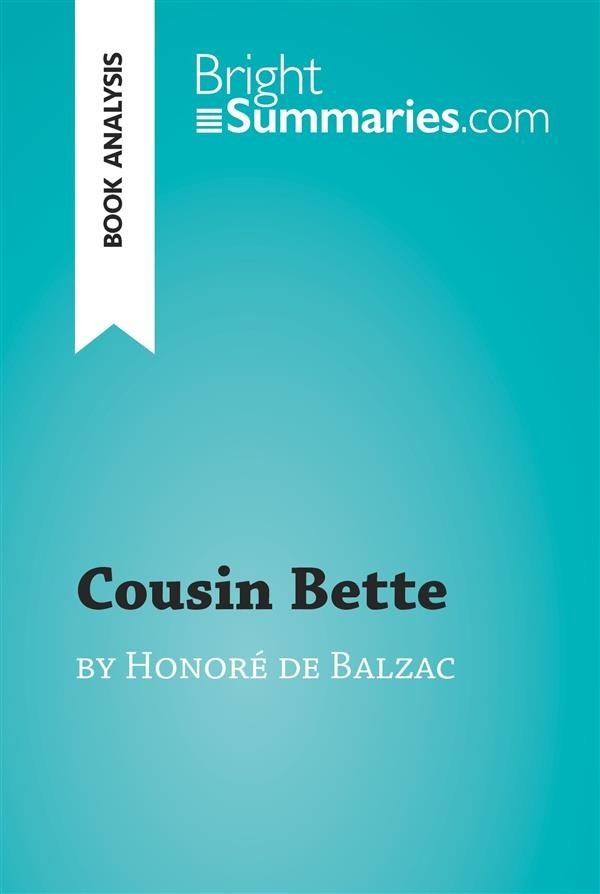 Unlock the more straightforward side of Cousin Bette with this concise and insightful summary and analysis!

This engaging summary presents an analysis of Cousin Bette by Honoré de Balzac, which tells the story of a woman driven by jealousy to try and destroy her cousin’s family by any means possible. Along with her beautiful but malicious friend, Bette schemes to push the Hulot family into infidelity, betrayal and financial ruin. Cousin Bette stands out for its realism, with vivid descriptions of its cast of characters and a perceptive examination of the social changes taking place in 19th-century Paris. The novel is one of the Scenes of Parisian Life in Balzac’s The Human Comedy, a hugely ambitious series of around 90 novels and novellas which aimed to depict the entirety of 19th-century French society. Honoré de Balzac was one of France’s most prolific and influential writers, and his work played a major part in laying the groundwork for the modern realist novel.

Find out everything you need to know about Cousin Bette in a fraction of the time!

Why choose BrightSummaries.com?
Available in print and digital format, our publications are designed to accompany you in your reading journey. The clear and concise style makes for easy understanding, providing the perfect opportunity to improve your literary knowledge in no time.


See the very best of literature in a whole new light with BrightSummaries.com!