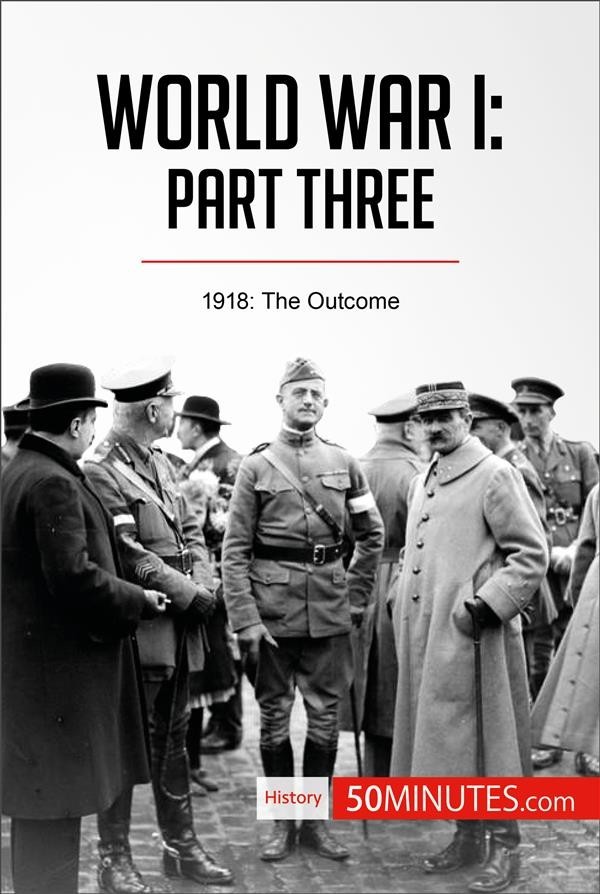 Keen to learn but short on time? Get to grips with the events of the final months of World War I in next to no time with this concise guide.

50Minutes.com provides a clear and engaging analysis of final months of World War I. At the start of 1918, war had been raging in Europe for four long years, and both sides were exhausted by the conflict. The German military leadership, believing that the Allies were weaker than the Kaiser’s army, launched a series of major offensives. However, they underestimated their opponents, who were able to turn the tables and put an end to the deadliest conflict the world had ever seen.

In just 50 minutes you will:
• Learn about the German army’s failed military operations in the final months of the war
• Analyse the events leading to Germany’s surrender, including the collapse of its allies and the Allied counter-offensive
• Understand the aftermath of the war, including the peace negotiations and the immense human and material cost