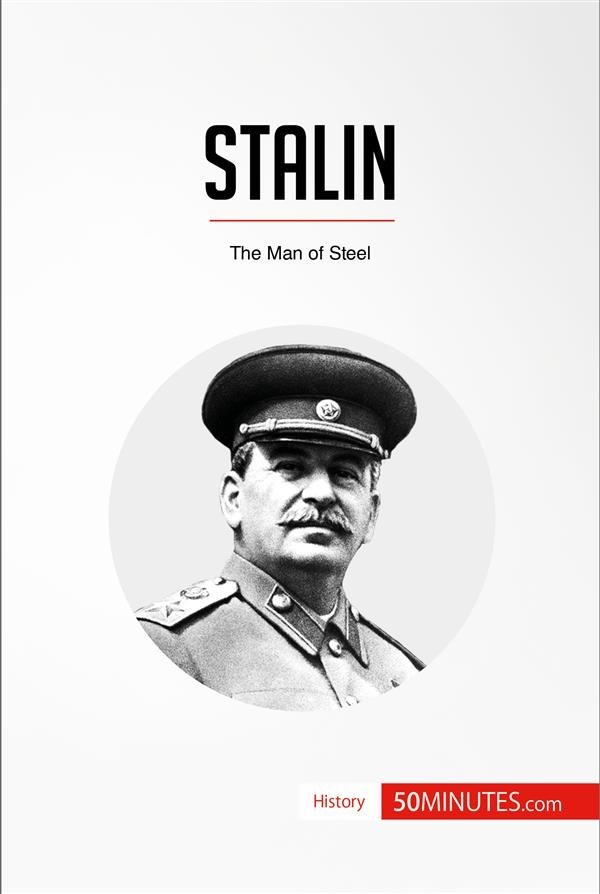 Keen to learn but short on time? Get to grips with the life of Stalin in next to no time with this concise guide.

50Minutes.com provides a clear and engaging analysis of the life of Joseph Stalin. Following the death of Lenin, who had overthrown the tsarist regime with the Russian Revolution, Stalin carefully eliminated his opponents and rose to power, immediately establishing a full dictatorship. Despite his many deplorable crimes, his contributions to Russian industrialisation and his success in the Second World War ensured his popularity for years after his death. However, when the Soviet Union fell in 1991, the full scale of the atrocities he committed became known throughout the world.

In just 50 minutes you will:
• Learn about Stalin’s early life and work for the underground Communist movement, including his exile to Siberia under the tsarist regime
• Understand his opportunism and successful elimination of the other candidates, ensuring he was elected as Soviet leader
• Discover the truth behind the many atrocities that were carried out under his reign, including organised famine, mass deportations and executions without trial, and the silencing of any opposition during the Great Terror