The Marriage of Figaro by Beaumarchais (Book Analysis) 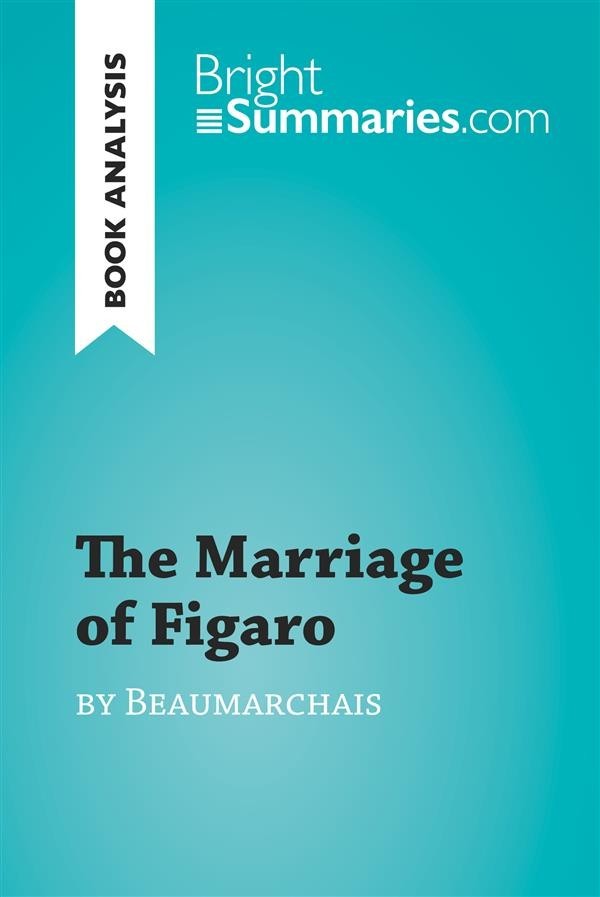 The Marriage of Figaro by Beaumarchais (Book Analysis)

Unlock the more straightforward side of The Marriage of Figaro with this concise and insightful summary and analysis!

This engaging summary presents an analysis of The Marriage of Figaro by Beaumarchais, the sequel to his equally celebrated play The Barber of Seville. After helping his master Count Almaviva to secure Rosine’s hand in marriage, it is now Figaro’s turn to get married, but his happiness is threatened by Almaviva’s tireless attempts to seduce his fiancée Suzanne, as well as the surprise return of a debt from his past. The play’s overtly political reflection on the unearned privileges of the nobility and the difficulties faced by ordinary people attracted the ire of the French monarchy but drew praise from figures including Georges Danton and Napoleon Bonaparte, who believed that Figaro’s attempts to challenge the established order helped to pave the way for the French Revolution. The Marriage of Figaro is one of the most popular works by Pierre-Augustin Caron, better known as Beaumarchais, who was a key figure in both the political and literary scenes of 18th-century France.

Find out everything you need to know about The Marriage of Figaro in a fraction of the time!

Why choose BrightSummaries.com?
Available in print and digital format, our publications are designed to accompany you in your reading journey. The clear and concise style makes for easy understanding, providing the perfect opportunity to improve your literary knowledge in no time.