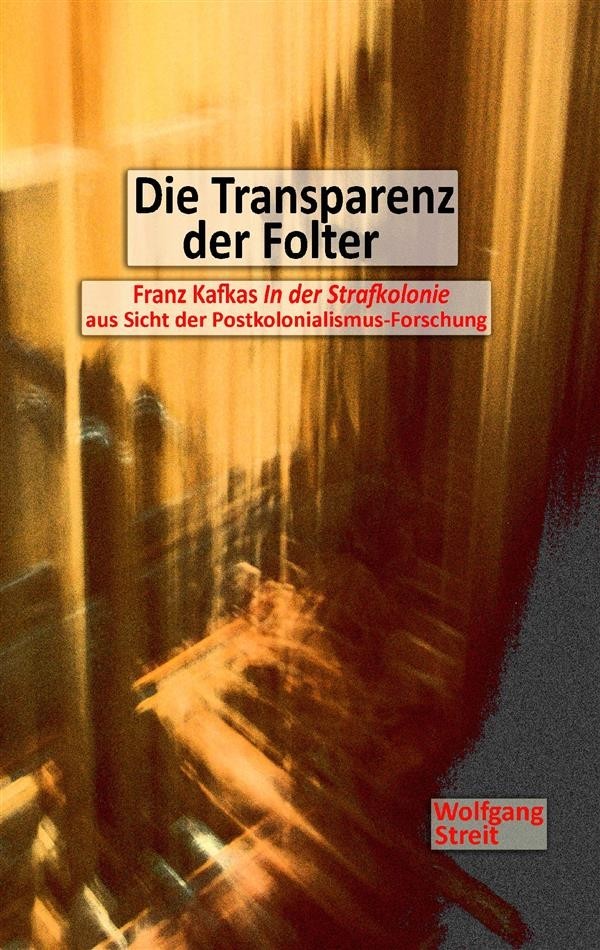 Franz Kafka was strongly affected by questions of and writings about colonialism. Against this background this paper in the Ger-man language analyzes the way in which, as an author, he negoti-ates colonial matters in his novella In the Penal Colony. This text reverses the typical visual interaction in the contact zone of the colony, between the colonial context and the visitor to the colony. Also, the text sharpens the destabilizing impact of mimicry as the subaltern convict temporarily presents an inversion, or carnival of power, targeting not the colonial master, but the traveler responsi-ble for interpretation and, ultimately, the reader. This role is fur-ther underpinned by the motif of cannibalism. The subaltern is also a vehicle for the text to not only depict but also uncannily expose as constructed, the way in which the “other” is mobilized to provide the colonial apparatus with identity.

Most of all, however, on several levels the text epistemologically questions the fundamental fantasy of the colonial order of unequi-vocal meaning, as the “contrapuntal reading“ of In the Penal Co-lony – according to Edward Said – reveals. Kafka’s text depicts the futile dream of a unitary power system, primarily by means of the angst-ridden officer seeking to provide a spectacle of pretended transparency around the con¬struction plans for the machine, the death sentence, the machine’s mechanics and the execution, with¬out allowing for any interpreta¬tion. All these textual strategies converge in the goal of exposing the untenable nature of the doomed colonial order depicted, even though Kafka as a person was far from criticizing Habsburg’s colonial empire.