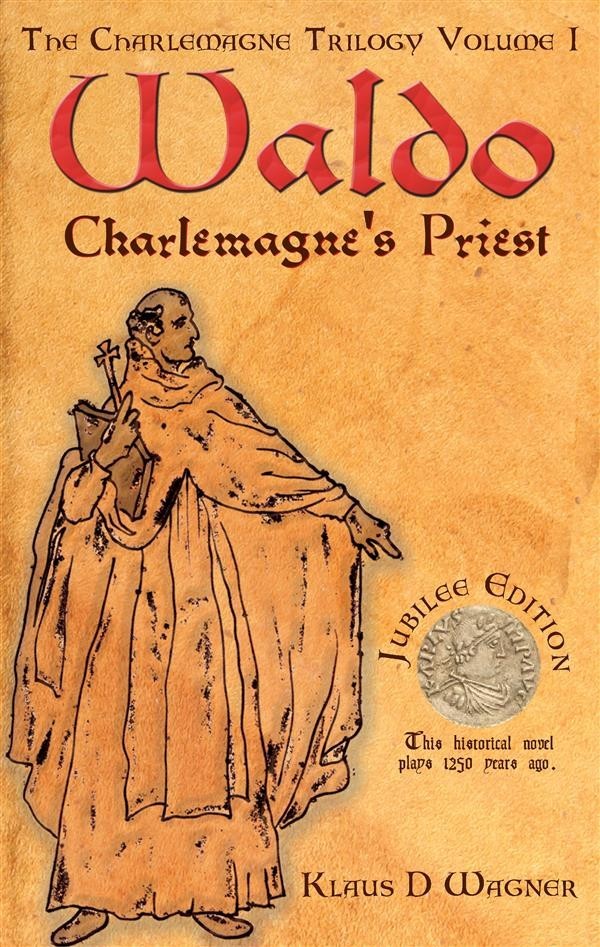 Charlemagne's Christianisation of the pagans in the Dark Ages of Medieval Europe was brutal enough.
It could have been far worse without Waldo, a more considered Christian, by his side.
'Who was Waldo?' I hear you ask.
An original document, written in Latin on sheepskin in the early middle ages verifies the donation of a Christian church by a certain Waldo in Seeburg, a small village in Southern Germany.
No further historic records of this mysterious Waldo existed. So I spent two years of intense research to unravel his alleged identity.
I concluded, that Waldo and Charlemagne, the mighty Carolus Magnus, Charles the Great, were like the priest and the soldier, who shared a lifelong bond forged in childhood.
They saw themselves as Christianity's cross and sword, put on earth by God to build and defend Christendom in medieval Europe.
Both men differed in their approach to converting the pagans.
Charlemagne, the soldier, believed in a swift decision and the beheading by sword of the unwilling: 'My god is your god. My will be done.'
Waldo, the priest, believed in a more gentle missionary way, bringing salvation with bread, wine and fear of the unknown, and the promise of a better life in heaven: 'Jesus died for us on the cross for our redemption. Thy kingdom come. Amen!'
They also shared a terrible secret known only to themselves and God.
It's a secret that history failed to uncover in the last 1250 years.