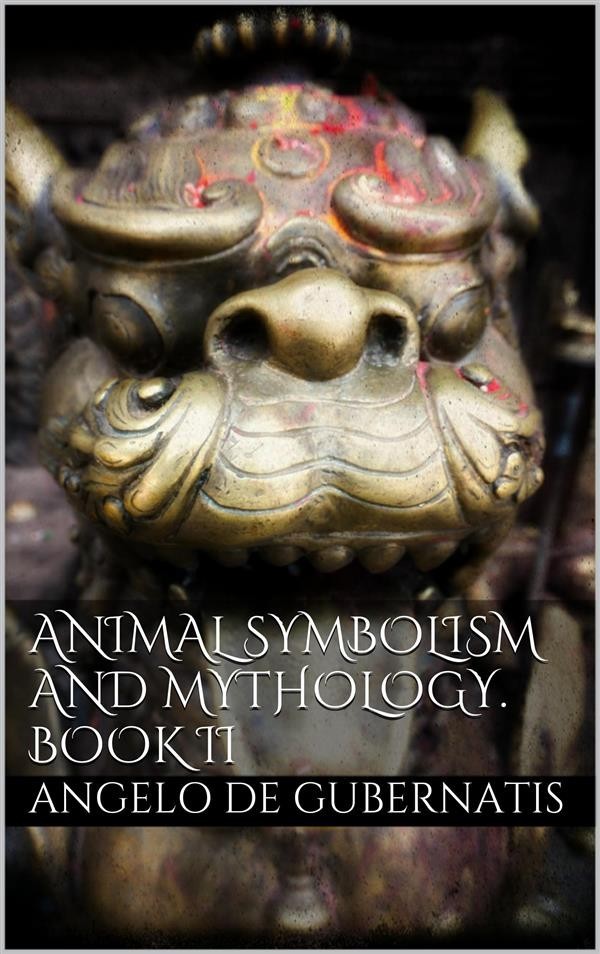 "The hog, as well as the wild boar, is another disguise of the solar hero in the night-another of the forms very often assumed by the sun, as a mythical hero, in the darkness or clouds. He adopts this form in order sometimes to hide himself from his persecutors, sometimes to exterminate them, and sometimes on account of a divine or demoniacal malediction. This form is sometimes a dark and demoniacal guise assumed by the hero; on which account the poem of Hyndla, in the Edda calls the hog a hero's animal. Often, however, it represents the demon himself. When the solar hero enters the domain of evening, the form he had of a handsome youth or splendid prince disappears; but he himself, as a general rule, does not die along with it; he only passes into another, an uglier, and a monstrous form. The black bull, the black horse, the grey horse, the hump-backed horse, the ass, and the goat, are all forms of the same disguise with which we are already acquainted. The thousand-bellied Indras, who has lost his testicles; Argunas, who disguises himself as a eunuch; Indras, Vishnus, Zeus, Achilleus, Odin, Thor, Helgi, and many other mythical heroes, who disguise themselves as women; and the numerous beautiful heroines who, in mythology and tradition, disguise themselves as bearded men, are all ancient forms under which was represented the passage of either the sun or the aurora of evening into the darkness, cloud, ocean, forest, grotto, or hell of night. "