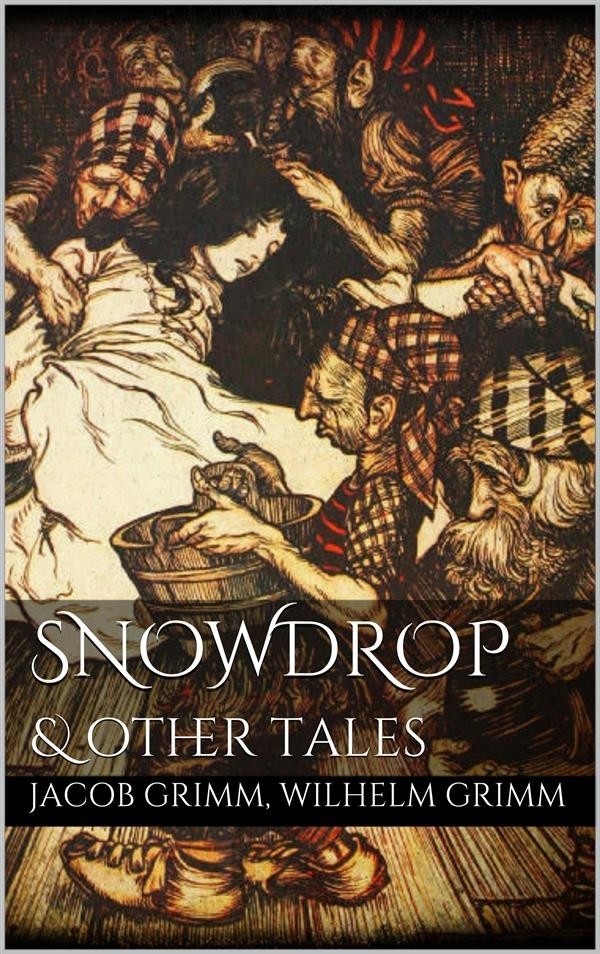 IT was the middle of winter, and the snowflakes were falling from the sky like feathers. Now, a Queen sat sewing at a window framed in black ebony, and as she sewed she looked out upon the snow. Suddenly she pricked her finger and three drops of blood fell on to the snow. And the red looked so lovely on the white that she thought to herself: "If only I had a child as white as snow and as red as blood, and as black as the wood of the window frame!" Soon after, she had a daughter, whose hair was black as ebony, while her cheeks were red as blood, and her skin as white as snow; so she was called Snowdrop. But when the child was born the Queen died. A year after the King took another wife. She was a handsome woman, but proud and overbearing, and could not endure that any one should surpass her in beauty. She had a magic looking-glass, and when she stood before it and looked at herself she used to say:

"Mirror, Mirror on the wall,
Who is fairest of us all?"