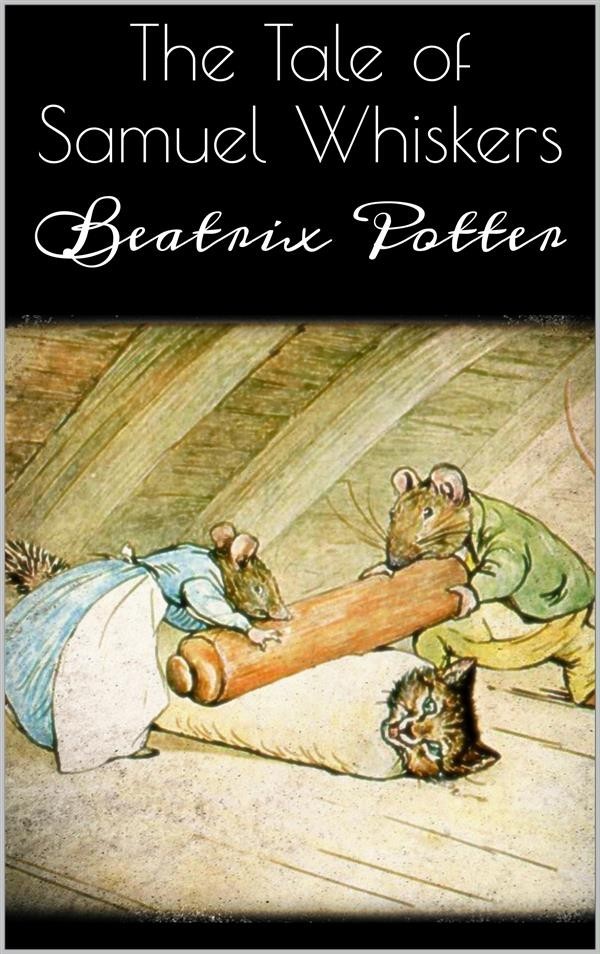 Once upon a time there was an old cat, called Mrs. Tabitha Twitchit, who was an anxious parent. She used to lose her kittens continually, and whenever they were lost they were always in mischief!
On baking day she determined to shut them up in a cupboard.
She caught Moppet and Mittens, but she could not find Tom.
Mrs. Tabitha went up and down all over the house, mewing for Tom Kitten. She looked in the pantry under the staircase, and she searched the best spare bedroom that was all covered up with dust sheets. She went right upstairs and looked into the attics, but she could not find him anywhere.
It was an old, old house, full of cupboards and passages. Some of the walls were four feet thick, and there used to be queer noises inside them, as if there might be a little secret staircase. Certainly there were odd little jagged doorways in the wainscot, and things disappeared at night-especially cheese and bacon.
Mrs. Tabitha became more and more distracted, and mewed dreadfully.