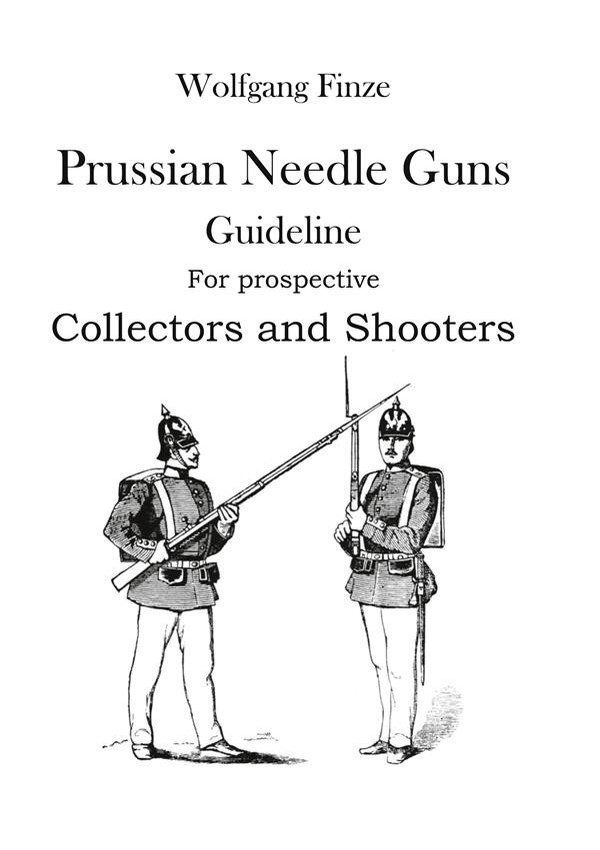 In 1841, Prussia took the revolutionary decision to adopt the needle gun. At that time other armies had just finished the conversion from flintlock to percussion lock. The infantry of these nations was still armed with smoothbore muzzleloaders for a large part. The needle gun was not only a breech-loader but also used a paper cartridge.
Prussia created a technical advantage for their Infantry that would last more than 20 years.
The army reform of 1859-60 and the technical advantage of their armament made the Prussian army the strongest of Europe. The German empire was created after the army under the command of Moltke, one of the best strategists of this period, was victorious in the wars of 1864, 1866, and finally the war of 1870-71.
This book only describes the rifles developed by Nikolaus von Dreyse and used by the Prussian army.
Models that never left the trial stage are not addressed. This book also does not discuss Wall guns or needle guns using other systems or weapons in use by other countries.
This book presents a lot of information found only in contemporary military literature and the Prussian instruction manuals. Ammunition, maintenance, repairs, handling, and shooting of the rifle is described in detail.
This book is an addition to previous publications about needle guns.
There is also much information for collectors. For example, information that will enable collectors to distinguish between contemporary and recent repairs.
A link is established between the collectors, who will never shoot their needle gun and the shooters of needle guns that compete in matches. For this reason, information is provided on how to shoot needle guns, and how to make ammunition.