Global Governance as Business Strategy: The Case of Gazprom 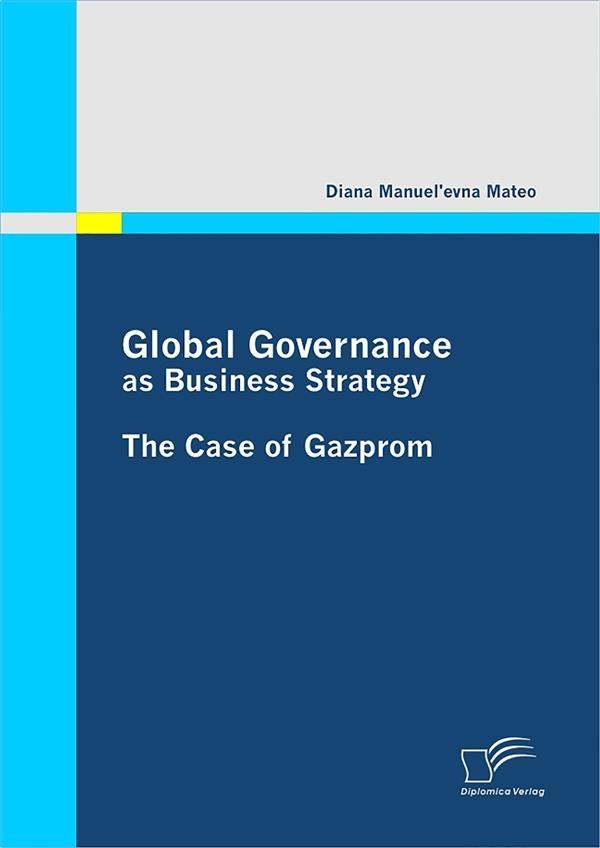 Global Governance as Business Strategy: The Case of Gazprom

Business is Global: Interrelations in global bargaining power frameworks became shifted by the impact of global governance nowadays. The whole world is linked through internet based operations, financial markets, global problems, governmental alliances and business relations. Understanding this complexity is essential for multinational companies to succeed in the competitive environment: The Global Business. But also for the other player within the dynamic framework of global bargaining power it is important to understand the mechanism of interrelations and dependencies.
This literature deals with the four main groups that build up together the Global Governance framework: National Governments, Trans-National Companies, Civil Society and International Organizations. Indeed, it takes the Trans-National Companies (TNC) into focus and explains the mechanisms that have impact on their bargaining power. As theoretical basis the ´Porters five forces model´ was taken in order to reconstruct the competitive environment. Later this model becomes modified and added by a sixth source, based on the studies of Aidan R. Vining.
In the end the Hirschmann´s “Voice and Exit Theory” is used to indicate the possible strategies to react on given global constellations.
Each source and its impact on the bargaining power framework are analyzed explicit. In a second step the interrelations and mutual reactions are taken into focus.
Last but not least this literature shows up options for TNC to conquer the mechanism, gain competitive advantage and increase bargaining power that leads to higher revenue in a business related sense.