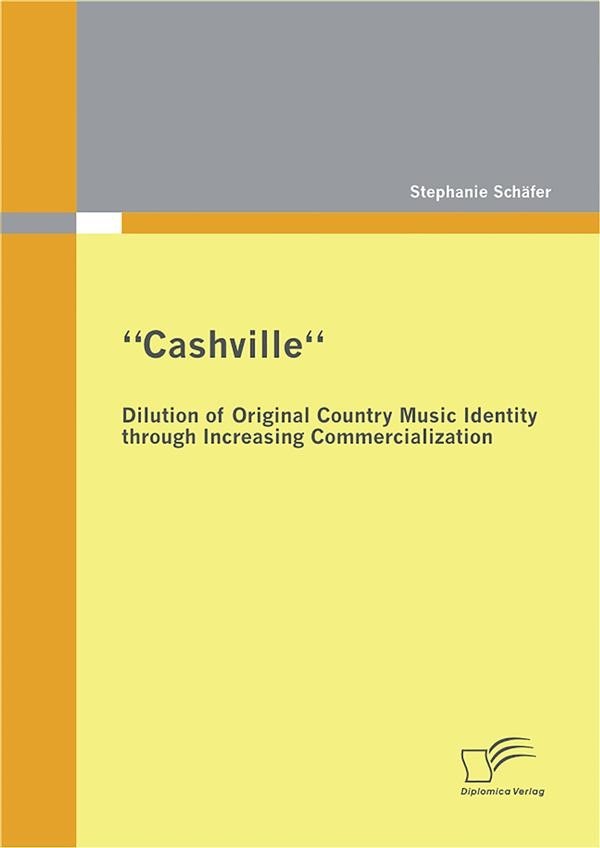 Where I come from, it’s cornbread and chicken… This line from Alan Jackson’s country hit defines the genre as the music of the American South. All its ambiguity set aside, the South stands proudly for its hospitality, politeness, sense of place and community. Family and religion are traditionally more important down there than in the rest of the country. As Southern culture becomes more and more americanized and the music of the small town Southern man (another Jackson song) is adapted for a mainstream audience, the original rustic identity that defines the true American genre loses its charm. Modern country music has become slick and professionalized and sounds more and more like common pop music to make it more profitable. This study focuses on the authentic country music identity and how it is threatened by increasing commercialization. It defines said identity and the working class culture from which it springs. It traces the history of country music and its different genres from the 19th and early 20th century cowboy music over Western Swing and Honky-Tonk of the 1930s and 1940s, the progressive movements of the 1960s and 1970s up to today’s mainstream Country Pop, and shows how its target audience has changed over time and how the opposition tries to preserve traditional sounds. Authentic Texas Country is set in contrast to the commercial Nashville recording industry and both are compared in their respective developments over the years. In the face of terrorism, which poses a threat to the American National identity, country music with its representative American values has become increasingly popular and enforces a strong collective identity on a national level. However, in doing so, it also dilutes the original identity that was once restricted to life in a small town community rather than the country as a whole. What sets country music as a genre apart is its narrative structure. Every song has a story to tell: Be it about ‘The Cold Hard Facts of Life’, a prayer finally answered, or the first kiss on a Saturday night.