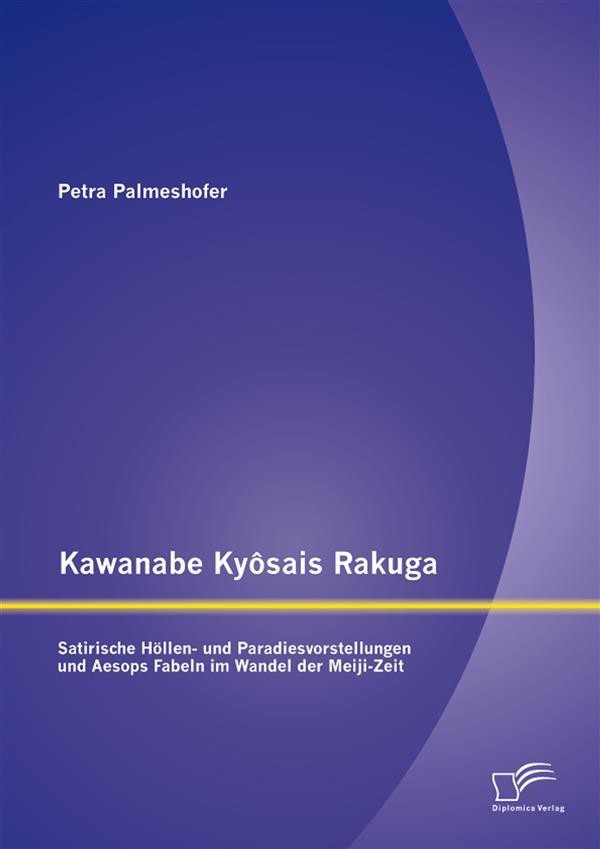 Kawanabe Kyosai (1831-1889), a famous artist living on the verge of a changing world, managed to combine the very best from the East and the West, from the old times and the new ones. He put into print works of art influenced by ancient Japanese tradition and religion, present Japanese Ukiyo-e handicraft and modern Western technology, knowledge and culture. He created his very own new style of pictures, using all his training, material and hard work. Kawanabe Kyosai was criticizing the ways of the Meiji government and the fact, that after Japan´s seclusion the Japanese didn´t have enough time to adapt to the new circumstances and to the new cultural influences that came from the West. The Japanese were not really allowed any more to be themselves, but couldn´t adapt and become westernized so fast. With his caricatures the artist helps his people to cope with the new situation and all the new problems arising, whilst adapting to Western civilization. His pictures enable the Japanese to look at themselves critically in a mirror from an outsider´s point of view as well as at their own government, culture and at the new incoming Western culture and civilization.