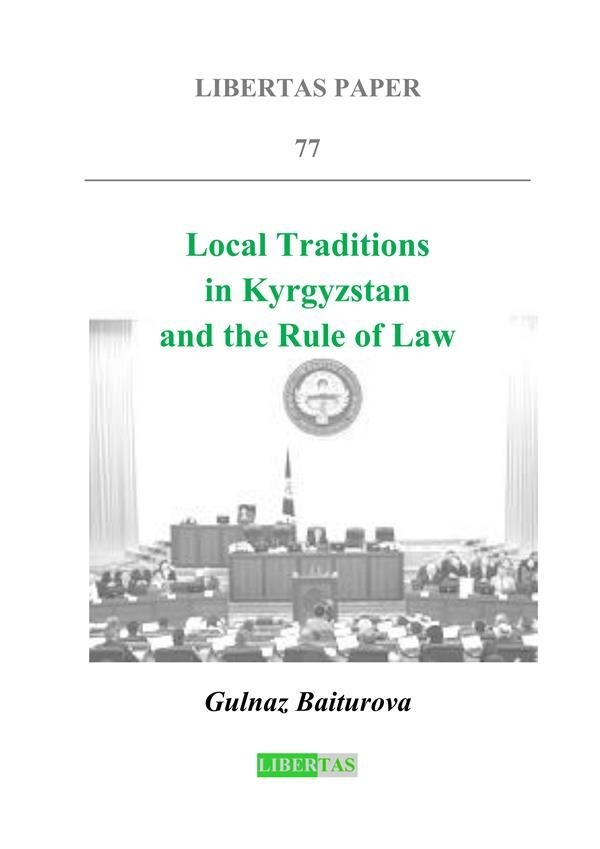 Every European or US consultant for the Kyrgyz government or civil society should read this book - and also those for other Central Asian states, as many social and government fabrics are very close. This book opens the eyes about the Rule of Law, as it was and is still understood by Kyrgyz society, and it opens also ways far from the "teacher's" role of the consultant of the past. The concept of the Ruke of Law is explained in detail, as it was before, during and after communist time, the election of local government past and today, the role of gifts in elections, the role of clans and families during parliamentary elections, and that it will take a certain time until the Central Asian countries can be called a beacon of democracy in the Western sense. However, there is hope, as good consultants will also let the people keep their traditions which are not too ineffective - here the author spreads an optimistic impression about the future of her country. This can be confirmed objectively, some years after March 2006, the third president later, after another revolution and in view of other Central Asian countries. Kyrgyzstan is the only country in Central Asia which tries to have a really pluralistic parliament from which emerges a certain discussion culture, and it disposes today of a relatively free press compared to most other countries of the region. However, there is still a long way to go. As the knowledge about the country in Europe and North America is very restricted, this text may serve to counter this. The author also describes the more and more authoritarian changes in the presidential elections; the manuscript stops in the first time of the Bakiev government, but it is topical until now. A Glossary crowns the book which, short and concise, is a brilliant piece of legal description for Central Asia.